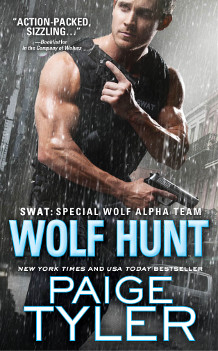 A STORM IS BREWING...

Remy Boudreaux is back in his hometown, New Orleans.
He's there with three of his fellow Dallas SWAT officers for a
week of training with the NOLA PD. On the eve of a tropical
storm, Remy and his buddies prowl the French Quarter. One
tantalizing scent captures Remy's senses, forcing him to
follow until he is face to face with Triana Bellamy—his
beautiful high school crush.

After reconnecting, Remy and Triana are close—very. Remy
struggles to keep things casual. Ever since his partner—and
first love—was killed on the job, he's kept women at a distance.

But when a mysterious wolf pendant ropes them both into
danger, Remy's protective instincts kick in. He may have to
reveal his true self...and hope Triana accepts him.

Holly hell what a book! This book is so well written it just flows.
And the story is so intriguing. It had me locked in its pages to the end.

This story is about Triana and Remy. Remy has been in love before
and he never intends to do so again. For to him love means loss.
Even when he finds an intriguing scent leads him to his old high
school friend and crush. Possibly the mythical One meant for him.
Triana is something else smart witty and just perfect for Remy.
But she is in danger. She is looking for the man responsible for her
father’s death and that may be the worst thing she has ever done.
She is a CSI in a sense and thinks she can figure it out. But some
things are not what they seem and when she finds out her mom’s
secret she is truly floored. Then there is her mom, this woman is
amazing she runs a voodoo shop in New Orleans.  And she seems
to know more than the average person. But when Triana gets
herself in trouble will Remy be able to save her in time?

Triana was having so much fun, she was disappointed when they finally reached her mother’s voodoo shop and the apartment over it. Even though it was after two in the morning, she didn’t want the evening to end yet.
“The shop hasn’t changed much, but do you want to come in and look around anyway?” she asked hopefully.
He grinned. “Yeah. I’d like that.”
Triana unlocked the door, then closed and locked it behind them quietly, so she wouldn’t wake her mom. When she turned back around, Remy was already walking around the dimly lit shop, taking in the shelves upon shelves of knickknacks that had mesmerized her since childhood. The overhead lights were off, so the red, green, and purple neon tubes that edged the display windows were the only source of illumination, but it was more than enough to guide her steps as she moved to Remy’s side. She watched as he picked up the various dolls, candles, beads, tarot cards, potions, books, and other trinkets that filled the store. For such large hands, he handled everything he touched with a surprisingly gentle touch.
“Everything is exactly the same as I remember it.” He turned to smile at her, a warm glint in his eyes. “Well, not everything. You’ve changed quite a bit.”
The heated way he looked at her made her tummy quiver. “Really. How so?”
Remy took her hand and tugged her closer. The tips of her nipples grazed his muscular chest, sending tingles spiraling through her. “I tend to remember you as a shy, somewhat awkward girl who was all knees and elbows back then.”
She laughed softly, a little embarrassed. Yeah, that was a pretty good description of her when she was in high school. She had been what her mom called a late bloomer, so everything had changed her freshman year in college, when her body had made up for lost time.
“And now?” she asked in a near whisper.
He bent his head until his face was so close to hers that she could feel the warmth of his breath on her skin. His left hand came up and found her hip, slowly gliding back and forth across the silky material and heating the skin underneath.
“And now, you definitely aren’t shy, you move like a cat, and all those knees and elbows have turned into some serious curves I’d love to explore, since I’m smart enough to know what I want.”
She blushed at hearing him put all that into words. “No one’s stopping you.”
The glint in his eyes flared brighter for a moment as the neon lights caught them. Then, one of Remy’s hands was in her hair and he was kissing her. A moan involuntarily escaped her lips as his mouth came down on hers and his tongue slipped inside. He tasted so delicious she couldn’t help it.
She slid her hands up the front of his shirt and grabbed his shoulders, squeezing hard as she pulled him even closer, urging him to kiss her harder.
Remy must have understood what she was trying to say because the hand in her hair tightened possessively and his tongue teased hers more aggressively. At the same time, his free hand moved around from her hip to her lower back, fitting her against him so firmly she could feel every ripple and bulge in that perfect body of his. And one of those bulges suggested he was enjoying the kiss just as much as she was.
Triana melted against him, surrendering to a kiss she’d been fantasizing of for over a decade. She’d heard women talking about going all weak kneed from a great kiss, but she’d never experienced it or even believed it. She believed it now. If Remy hadn’t been holding on to her so tightly, she was sure she would have just collapsed to her knees right there in front of him.


Isn’t that an interesting thought? 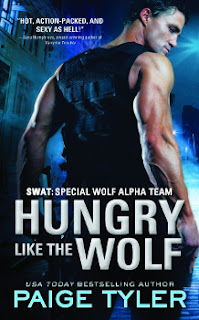 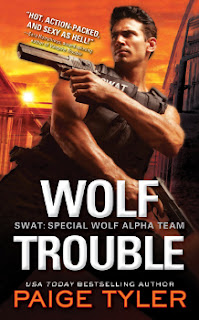 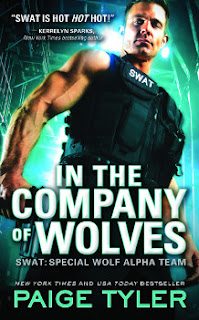 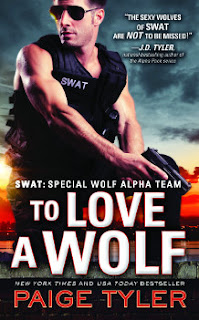 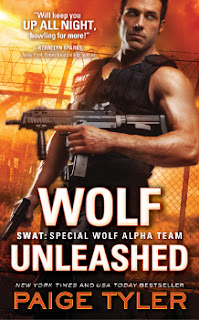 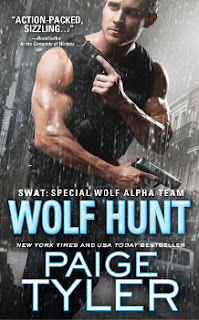 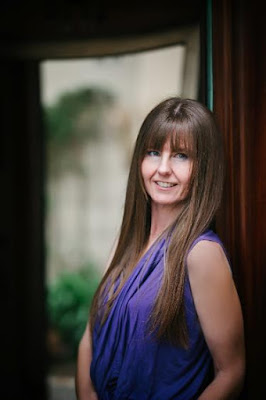 Paige is a New York Times and USA Today bestselling
author of sexy romantic suspense and paranormal romance.
She graduated from The University of West Florida with a
degree in education in 2000, but decided to pursue a full-
time career as a writer in 2004. Since then, she’s written
over fifty books in several genres, including paranormal,
contemporary, western, sci-fi and erotica. She loves writing
about strong, sexy, alpha males and the feisty, independent
women who fall for them. From verbal foreplay to sexual
heat, her stories of romance, adventure, suspense, passion
and true love will leave you breathlessly panting for more.

She and her very own military hero (also known as her
husband) live on the beautiful Florida coast with their
adorable fur baby (also known as their dog).

Paige graduated with a degree in education, but decided to
pursue her passion and write books about hunky alpha
males and the kick-butt heroines who fall in love with them.

When not working on her latest book, Paige enjoys reading,
jogging, P90X, Yoga, Pilates, going to the beach, watching
NFL football, watching movies and hanging out with her
husband (not necessarily in that order!)