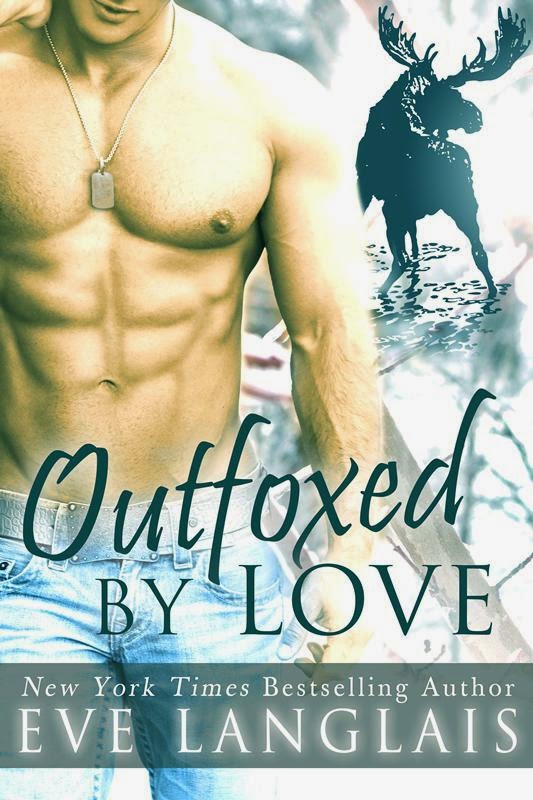 My Review
As you all know( if you have read anything she writes) is a phenomenal writer. She has a very unique mind and we get the pleasure of enjoying it. Her most recent tale is no different. Only Eve would mate a fox worth a moose, well moose and fox shifters that is. This book was one roller-coaster of emotions for me now a little about the story.
Boris is a man of few worlds has a firm way of saying No, usually by grunting. He has been attacked to the little vixen Jan for a long time, but feels he's not the man for her.Jan has not had much success in getting her bullheaded moose to notice her, if she only knew the truth. But when she is in trouble, he will stop at nothing to protect her. And Jan sees this as her chance. It will take some subtle maneuvering to outfox her moose into admitting he loves her, but this wily vixen is more than ready for the challenge. You will love it when Jan's mother and father show up, it is so hilarious her dad who raised her as he would a boy. And I can't wait to know how what you think about how Boris meets her dad, it is epic. If you have not read book one get it two this series is awesome

Blurb
Boris left to defend his country still a boy. He came back a changed man. A damaged man.
But Jan still wants him.
A man of few words, Boris has a firm way of saying No, but a determined vixen knows he’s her mate. Jan has not had much success in getting her bullheaded moose to notice her, but all that changes when her life is put in danger.
Suddenly the damaged soldier keeps finding excuses to come to her rescue, but as far as Jan is concerned, her mate is the one in need of saving.
It will take some subtle maneuvering to outfox her moose into admitting he loves her, but this wily vixen is more than ready for the challenge. And if that doesn’t work, momma’s offered to loan her the shot gun used for her own engagement.

Welcome to Kodiak Point, where the wildlife might wear clothes, but animal instinct rules the heart.

As Jan placed her body close to Travis’s, her hands over his, her breasts pressing into him, her voice low and encouraging, Boris felt himself detach from his body. It was the strangest thing. He knew on some level that what he witnessed was perfectly harmless, but that rational-minded level wasn’t the one in charge of him at the moment.

A more primal part of him surfaced, a possessive aspect to his personality that had, until now, remained dormant. It rose to the top, commandeered his limbs, and was to blame for the fist that met Travis’ jaw when he spun around after his successful shot.

Did Boris feel bad when the cub’s eyes rolled back in his head and he slumped to the ground? Nope. Damned fool had his hands on Boris’ woman. He was lucky Boris let him live.

“What is wrong with you?” she exclaimed as she dropped to her knees in the snow beside Travis’ prone body.

“Me? I was simply giving the boy a lesson.”

“In what? How to survive a concussion from a rabid moose?”

“Bah, I barely touched him. Not my fault he’s got a soft melon for a head. Besides, it would never have happened if he was paying attention to his environ. If you ask me, he got off lucky. What if I were the enemy? You all could have died.”

“You moron. We knew you were there from the moment you pulled in with your noisy truck.”

“So why didn’t you acknowledge me?” Jan hadn’t looked his way once. It was enough to prick a man’s ego, if he cared about such things.

“Because I didn’t feel like it,” she retorted. “But if I’d have known being ignored would send you in to a childish snit, I would have rolled out a red welcoming carpet.”

Snit? Boris didn’t have snits. He was a man, and a moose. He had episodes that some of his friends termed psychotic but he labeled stress relief. “Well, how was I supposed to know you knew I was there?” Given the convoluted direction of the conversation, Boris could feel himself going cross-eyed and possibly having another psychotic episode. 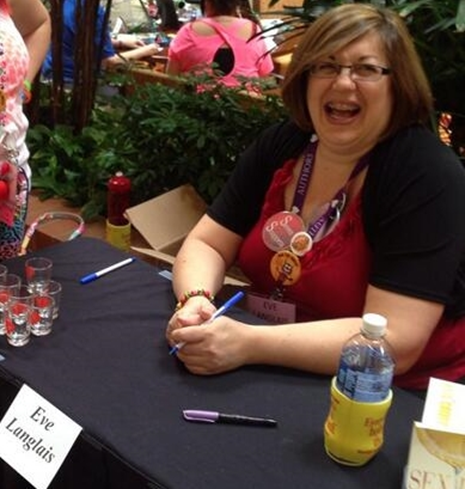 Hello, my name is Eve Langlais and I am an International Bestselling author who loves to write hot romance J.  I should warn you, I have a twisted imagination and a sarcastic sense of humor and am known for making readers giggle with my stories.

Do you love shapeshifters? I do, especially strong alpha males, the kind who take charge and aren’t afraid to get furry and kick ass for the one they want.

I am also extremely partial to aliens, the kind who like to abduct humans and then drive them insane...with pleasure.

Or do you like something a little darker, more serious? Then check out my cyborgs whose battle with humanity have captivated readers worldwide.