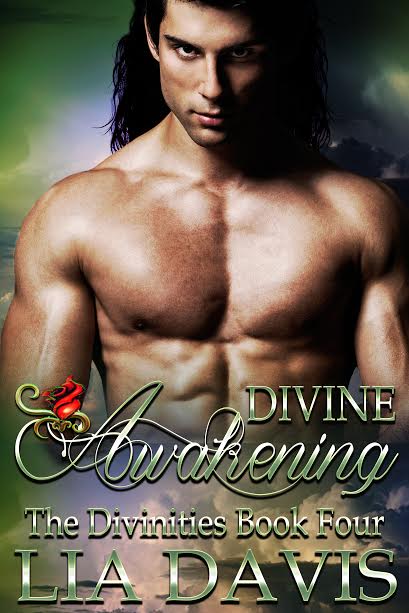 A mother’s love is her greatest power.
Divinity witch, Desiree Sanders has made a lot of bad
choices in her life, but trusting the demoness, Samoan
should earn her the award for traitor of the millennium. After
several failed attempts to set things right, Desiree turns to the
dark, sexy Death Demon, Lex for help saving her son and
ending the war.
There’s no darker place than the soul of a demon.
Divinity guardian, Alexander, AKA Lex, has hardened his
heart and locked away emotions following the betrayal of his
mate over three hundred years ago. Until he meets the quiet
and beautiful Desiree, and the walls around his heart start to
crumble. When she calls him for help, broken and scared,
he can’t deny her, and the urge to claim her for his own
becomes an overwhelming need.
Trapped in the Underworld as the war between witches and
demons escalates, Lex and Desiree must face their pasts
and their fears—and open their hearts—if they are to find
a way out. Meanwhile, the Divinities in the natural world
prepare for a battle that is no longer just dark versus light.
If lost, it could mean the end of life as they know it.

Man what do I say? This is the last book in this series. And
like the rest, is so expertly written. And fast you are at the
end before you know it. I do look forward to reading more
books by Lia Davis in the future.

This book is the last and as such it is not just about Lex,
Desiree and Matty(her son), as it is about everyone. And
wrapping up the entire series. Lex and Desiree found out
they were mates in the last book. So this book progressed
fast. And when she found Matty or rather he found her. I
was so hurt when he just left. I felt what Desiree was going
though. How do you tell a child you are not dead you are
his mom and you did not willing give him away. That she
was tricked and make him believe it. That. Is a hard pill
to swallow, let's just hope she gets thought to Matty in time?
As all their lives all of the world, just  may depend on it.

Stuck in Hell with a Death Demon without the earth her Divinity half craved... The magic in the Underworld was heavy and dark. She needed to get home.


Folding her arms, she glared at Lex while trying to tamp down the rush of desire his presence caused. “I hope you know of a way to get back home.”


He grunted and pushed past her as if ending the conversation.


Oh no, he doesn’t. She whirled around and followed him through the living room to the study across from his bedroom. “There is another way out, right?”


Another grunt was her answer.


She pursed her lips and studied him as he pulled several books from the shelves. “What are you looking for?”


Well, didn’t that answer her questions? She rolled her eyes and left the room. Fine. If he weren’t going to talk to her, she’d search for her own way home. Pushing out the back door, she scowled at the gloom of the Underworld. The air held hints of rosemary and sulfur. Reminded her of Samoan’s scent, only not as sweet.


Breathing deeply, she closed her eyes and called her Porter half to the surface, beseeching the lost souls she felt in every shadow of the Underworld to aid her in crossing to the natural realm. Instead of helping her, they attacked. Rushed around her, through her, raging like angry beams of light.


What the fuck? There were too many of them tearing at her. They called her a witch and thought she was responsible for trapping them there. Many even screamed in her mind. She curled into a ball on the ground, her arms wrapped protectively around her head.


Pain rocketed through her, and she screamed out as she blasted the spirits with everything she had stored up and hadn’t gotten to use at the castle. Instantly, they vanished.


Uncurling and pushing to her feet, she met the green eyes of a hellhound. He watched her with eyes much too humanlike. Then a shudder went through its body as it…shifted?


A moment later, Mathew stood in front of her. My son. Her heart lurched in her chest and tears filled her eyes. “Matty,” she breathed, making the kid narrow his eyes in curiosity.

More books from The Divinities 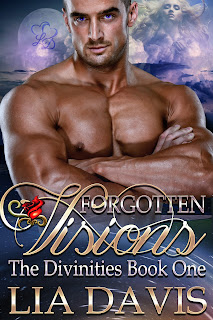 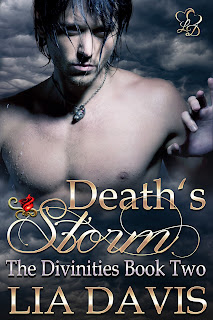 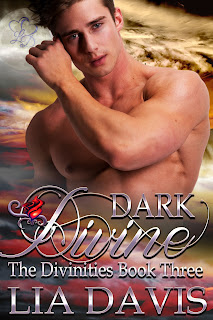 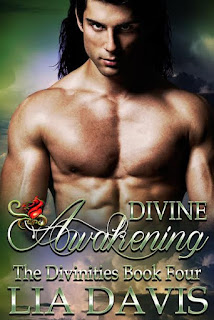 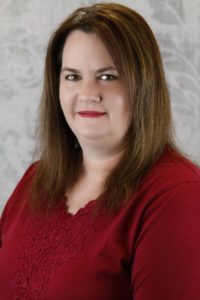 In 2008, Lia Davis ventured into the world of writing and
publishing and never looked back. She has published more
than twenty books, including the bestselling A Tiger’s Claim,
book one in her fan favorite Ashwood Falls series. Her novels
feature compassionate yet strong alpha heroes who know
how to please their women and her leading ladies are each
strong in their own way. No matter what obstacle she throws
at them, they come out better in the end.

While writing was initially a way escape from real world
drama, Lia now makes her living creating worlds filled with
magic, mystery, romance, and adventure so that others can
leave real life behind for a few hours at a time.

Lia’s favorite things are spending time with family, traveling,
reading, writing, chocolate, coffee, nature and hanging out
with her kitties. She and her family live in Northeast Florida
battling hurricanes and very humid summers, but it’s her
home and she loves it! Sign up for her newsletter, become
a member of her fan club, and follow her on
Twitter @NovelsByLia.