Nobody said finding your fated mates would mean an
instant happily ever after. But for Aurum, an immortal gold
dragon gifted with the power of psychic empathy, love has
never been simple.

Night after night, she has endured prophetic dreams about
her pair of lovers, but finding them brings her no respite—the
beautiful satyr, Calder, abandons her upon their first
meeting, forsaking love for revenge, while royal ursa
Nicholas…

Well, he looks nothing like the dark-haired man Fate
promised her. So why does she find him so irresistible?

As war between ancient allies darkens the horizon, Aurum
realizes the long-lost prince may hold the key to solving both
her and Calder’s problems, bringing together the fated mates
for good—as long as he doesn’t get them all killed first.

Their Fated connection doesn’t make things easy. But for
Aurum, Calder, and Nicholas, victory might just go hand in
hand with surrender where matters of the heart are
concerned.

Oh my god can these books get any better. Just like the other
books in this series, it is well written and has a wonderful
flow to it.

Normally I would say this book is about. But this is more than
just Aurum, Calder and Nickolas story. They are the main
focus in this book, but there are also some of the other
dragons and their mates stories intermingled. Now if you
have not read the first two books I suggest you get them and
read them as this is a continuing story. As each Dragon finds
their mates, even if though they all have had dreams of their
mates. The dreams are not always so clear as to who they
are. So Aurum is not clear on who the Ersa male is in her
dream. She knows Calder is hers, but does not want to
accept that nick is hers too. I can see it pay attention to nick
as he grows and you will see it too. ( heheh not telling you
have to read to see how I figured it out)  I am so ready for the
next book. If it is out when you get this one I suggest you get
them all. They are just that good.

“Almost finished,” Aurum said, dipping a spoon into a bowl, scooping out a huge dollop of creamy chocolate, and spreading it on top of a large, brick-shaped cake she’d just finished building, layering each tier with an assortment of fillings.
Nicholas swallowed a fresh mouthful of saliva to keep from drooling.
“I can’t wait.” He really couldn’t, and finally gave into the urge to interfere. The multitude of platters and trays that were now arranged around her counters, piled with delicious-looking confections, looked so good. He stood and wandered over to her, inspecting each item, wondering where she’d let him begin. He stopped behind her, peering over her shoulder into the bowl.
Her hands were streaked with the different substances she’d cooked with, and when his nose hovered near her neck, he smelled her familiar citrusy scent beneath all the other aromas that clung to her now.
“Only a few more minutes,” she said.
“I might need a bite of something to tide me over.” He dipped his head lower and inhaled, not even trying to disguise his hunger. His stomach rumbled just as he brushed his lips down the side of her neck, darting his tongue out for a taste.
Aurum twisted away from him, turning, but he gripped the edges of the counter, caging her in his arms and bending his head to chase her movement. Before he could reach her neck again, she shoved a spoon into his face.
“Here,” she said, laughing. “Have a bite of this, you hungry bear.”
She turned fully in his arms and he leaned back slightly, looking down at the proffered utensil, the sweet, chocolaty scent filling his nostrils. He opened his mouth and she inserted it, the flavor exploding on his tongue like an orgasm.
Nicholas growled low in his chest. Pleasure had never in his life originated from his mouth to such a degree, except for the moments when he had Calder’s cock between his lips, or just recently tasting his own juices mixed with Aurum’s between her thighs. But even then, the tangy taste of sex didn’t compare to the sensations of ecstasy he experienced now.
He sucked the spoon clean and opened his eyes. Aurum beamed at him, her cheeks flushed pink.
“You like?” she asked.
“Mmm,” he murmured, taking the spoon from her hand and dipping it into the bowl again over her shoulder. He scooped as much as the spoon could hold, bringing it to his mouth. On the way up, a dollop of the delicious concoction fell, landing with a little plop on the swell of Aurum’s breast.
“Hey, you’re making a mess, and spoiling your lunch. Save room for the meal before you fill up on dessert.”
The spoon was already in his mouth, being sucked clean for the second time when he saw her grab a cloth and move to wipe the fallen chocolate from her skin. He dropped the spoon into the bowl and grabbed her hand.
“Mine,” he said, swiftly bending to lick the chocolate off her breast. It had begun to run, a trail of it arcing over the curve toward her sternum. Aurum gasped when he darted out his tongue, trailing it over her bare skin and in between her breasts to make sure he caught every last drop. The chocolate tasted even better licked off her than it had coming straight from the bowl.
Hungry for more, he looked into the bowl, then down at her. Aurum was still smiling, but had a bewildered look of amazement on her face, her mouth open and the breath of a laugh escaping her.
“What are you thinking?”
“That I want to do a cooking experiment. See how good the rest of you tastes with chocolate.” 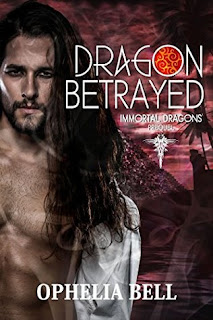 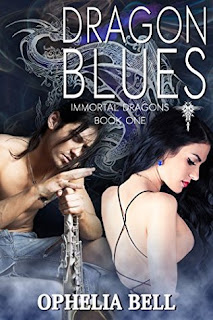 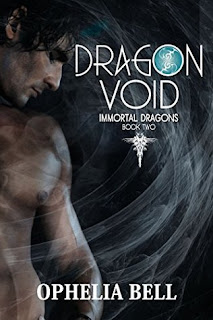 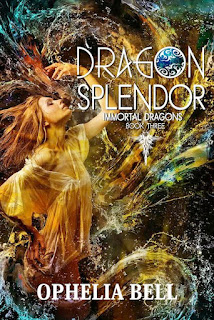 Ophelia Bell loves a good bad-boy and especially strong
women in her stories. Women who aren't

apologetic about enjoying sex and bad boys who don't mind
being with a woman who's in charge, at least on the surface,
because pretty much anything goes in the bedroom.

Ophelia grew up on a rural farm in North Carolina and now
lives in Los Angeles with her own tattooed bad-boy husband
and four attention-whoring cats.