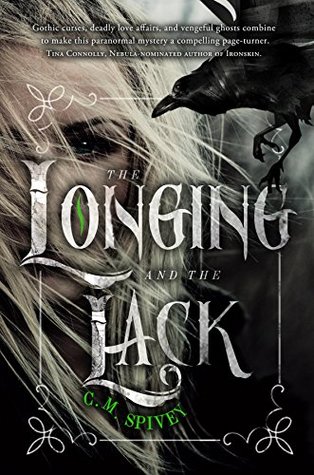 Lucinda Hightower is no stranger to death.

Since she was a child, Lucinda has been haunted by rabid
dogs, suicidal crows, and the ghost of a woman in white.
All are omens signaling someone’s imminent demise—
except Lucinda’s friends and family are still breathing.

The omens follow her to Ireland and the quiet university in
her father’s hometown, increasing in strength and frequency
once she meets Damien Reed. A handsome third year
student, Damien thrusts himself into Lucinda’s life almost
immediately and caresses away the unsavory reputation that
shadows him.

It’s not until the ghost sinks her nails into Damien that he
reveals his secret: the death omens are for him.

They’re the manifestations of a curse that claims the life of
the eldest Reed son every generation. Damien’s time is
nearly up. If Lucinda is to save him, she must solve the
mystery of her family curse, and lay a spirit’s rage to rest.

A dark romance for fans of Diane Setterfield and the TV
show Supernatural, The Longing and the Lack is a Gothic
story for the modern age.

Holy hell, I am at a loss of words. Well. The book is
phenomenally well-written and one of the most interesting
reads I have read in a while. I cannot wait to read more.
Now this is not a romance. It’s a mystery.

This book is about Lucinda, a young woman that is cursed.
And she is sick of it. So she travels to Ireland to study and
break the curse. But what she does not know is there is
another side of the curse. When she meets Damien and
learns his half of the curse she is even more determined to
break it. Only when she figures it out something truly horrible
happens and I was so shocked. I couldn't believe what they
did to her. But in the end never cross a witch or you may just
get burned. 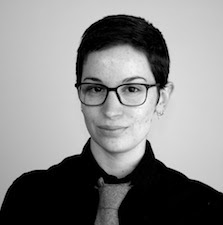 C.M. Spivey is a speculative fiction writer, author of high
fantasy FROM UNDER THE MOUNTAIN and the
paranormal series, “The Unliving”. His enduring love of
fantasy started young. Now, he explores the rules and
ramifications of magic in his own works—and as a trans,
panromantic asexual, he’s committed to queering his favorite
genres. In his spare time, he plans his next tattoo (there will
always be a next tattoo) and watches too much Netflix.
Anything left over is devoted to his tireless quest to make
America read more. He lives in Portland, Oregon, with his
darling husband Matt and adorable dog Jay.