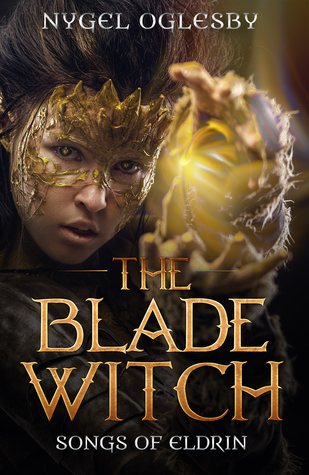 Estra would never forget the night that she lay in smoldering
ash and watched while everything that she loved was
consumed by fire. She was once a pious young woman who
had always lived a peaceful life at the nunnery where she
was born. Everything changed when her convent was burned
down by followers of the profane sorceress Helena the
defiler. Scarred by the events of the horrifying massacre,
Estra joined the church as a paladin of the faith where she
was tasked with using her abilities to strike down the heretics
that plague the world of Eldrin.

That once broken woman grew into a powerful figure of


justice, and through her duty, she found a sense of fulfillment
in protecting the innocent. As a paladin, Estra is seen as a
hero in the eyes of others, but buried deep within her soul is
a forever growing thirst for vengeance against the demons of
her past. When she's finally given the assignment of purging
those responsible for her suffering, Estra embarks on a
journey which reveals that things aren't as black and white as


she'd been led to believe.

Holly gods what a book! Man this was a new one for me. It is
so well-written and thought out. Set in another world and
time. I was so caught up I read straight through.

This is Estra's story. She was raised in a convent until it was
attached and all the holly mothers were killed. But she was
allowed to live. And when you find out why it will all make
more sense. She trains so that one day she may return and
get her revenge. And along the way she meets others that
help her. But when she meets the bard and learns what she
once thought as truth is not. She is lost for a time. But in the
end will she be able to do what must be done? Even
knowing what she has learned. You will have to read to find
out.

Nygel Oglesby was born in Savannah, Georgia to two
amazing parents, Harold and Detrice Oglesby. The youngest
of three, Nygel was raised in a loving home where his
passion for reading was nurtured from an early age. Now a
citizen of San Diego, California, he is currently writing his
next book while pursuing a degree in chemistry.

He is a lifelong reader and lover of books. He currently lives
in San Diego, California, where he is hard at work on his
next novel.