Declan Sinclair is a Highlander who believes his dreams never lie.
When he spots Caya at a public house, he knows instantly she is
the woman in his dreams—his future wife. Though her brother had
promised never to gamble again, he engages Declan in a card game
—and the prize is the lovely Caya.

Caya Pendarvis has no time for childish things like dreams or fairy-
tales or love. She’s the sacrificial lamb on her way to the far north
of Scotland to wed a wealthy merchant in exchange for settling her
brother’s gambling debts.

Winning at cards is one of the many things Declan Sinclair does
well. Unfortunately, the ability to court a woman—a talent he lacks
—is the only skill he desperately needs to win Caya’s heart.

Oh my God what a wonderful story! Which is a totally
amazing book. This story is extremely well written thought
out period and extremely accurate.

This is Declan and Caya's story. Now he has prophetic
dreams in his dreams about his future wife. It when he sees
her he knows he must have her. Being extremely good at
Cards when her brother approaches to play a game of
Napoleon he does not refuse. He is about to let him win
when he does being speak on his sister as part of the prize.
So when he wins she's better off with him than with her
brother. But they are both in for a surprise when they reach
the lyrics house. And he advises Declan that he cannot win a
girl in cards and expect her to marry him. My favorite part of
this book is when she makes Cornish pasties for Declan is
a thank you and she tells the story of how they were used
down in the mines. And how the edges kept the food clean
so that the miners didn't ingest any of the arsenic that was on
their hands. I've actually seen this story and know that is
historically accurate. Not only do you get a wonderful
romance you get a history lesson as well. But when they
finally get things right an evil person comes for Caya. And
now he has to rush to save her before it is too late. 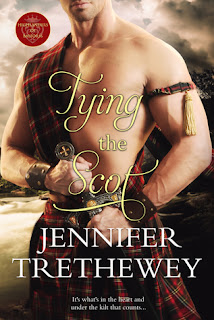 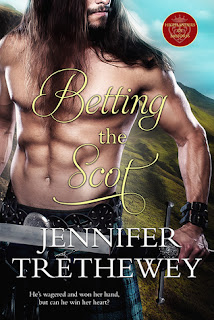 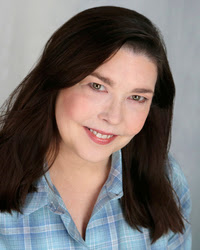 Jennifer Trethewey is an actor-turned-writer who has moved her performances from the stage to the page. In 2013 she traveled to Scotland for the first time, where she instantly fell for the language, humor, intense sense of pride, and breathtaking landscape. Her love for Scotland was translated into her first series of historical romance novels, the Highlanders of Balforss. The sexy, adventurous first book of the series, Tying the Scot, is set to be released in November 2017.

Trethewey’s primary experience in bringing the imaginary to life was working for one of the oldest women’s theaters in the nation, where she was the co-founder and co-artistic director. Today she continues to act, but writes contemporary and historical fiction full-time. Her other loves include dogs, movies, music and good wine. She lives in Milwaukee with her husband.