Her Celtic Captor
By Ashe Barker 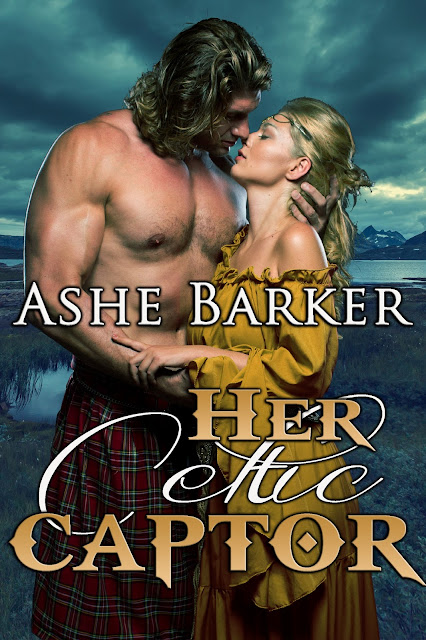 As the sister of a powerful Viking chief, Brynhild Freysson is
used to giving orders and having them obeyed, which makes
it all the more difficult to accept when she suddenly finds
herself at the mercy of a Celtic warrior intent on bringing her
back to his village whether she likes it or not.

Taranc was a leader of his people before he was taken
captive by Viking raiders, and now that he is a free man once
more he has no intention of allowing a headstrong Norse
woman to slow down his journey home with her stubborn
disobedience. When Brynhild refuses to do as she is told, he
wastes no time in baring her bottom for a thorough switching,
and he makes it quite clear that she can expect even more
painful and humiliating punishments if she continues to defy him.

Though her hatred of the Celts runs deep, Taranc’s stern
dominance awakens desires in Brynhild that she thought she
would never feel again, and when he takes her in his arms
and claims her properly it is more pleasurable than she
would have thought possible. But though her passion for him
grows by the day, can she ever truly love a man whose
people are enemies of her own?

Publisher’s Note: Her Celtic Captor is a stand-alone sequel
to Her Rogue Viking and Her Dark Viking. It includes
spankings and sexual scenes. If such material offends you,
please don’t buy this book

What a great book. This was amazing. This book was so
well-written and as accurately done as possible. I love
historical romance and this was wonderful. This is the first
book by Ashe Barker but most defiantly will not be the last.

This is Brynhild and Taranc's story. Hilde is the Viking sister
of Ulfric who has taken the Celts including the chieftain
Taranc and Fiona hostage to be their slaves. But Ulfirc falls in
love with Fiona and Hilde is not having it. See she hates
Celts all of them and most are not aware why. It may be
irrational but not to her and I can understand why.  But she is
taking out her hate on Fiona and her brother will not have it.
So he makes a deal with Taranc. I will not go into it but let’s
say she will be mad when she figures it out. But soon she
learns to live with it till the Vikings return. Let's hope this time
it won't lead to more pain she has had enough.

Now before I ruin this for you I will leave off here.  I hope you
enjoy this book as much as I did. If you do like this book,
please consider leaving a review. The Authors really like it
when you do, they value your opinions too.

"Your hair is beautiful. It was the first thing I noticed about you."
She snorted. "The first thing I noticed about you was that you are quite ridiculously tall. And that you lacked the proper respect due to a Viking woman of the Jarl. You were far too ready with your demands."
"Aye, I daresay. And now you appear to be struggling to exhibit the required degree of deference due the chief of your village. Perhaps I should make more demands of you."
"What... what do you mean." She stiffened, her slender shoulders tightening as she tensed.
Taranc released his grip on her hair and laid his palms on the soft skin which covered her clavicles. He drew his hands in towards her neck, thumbs outstretched, then began to trace lazy circles with the pads, right at her hairline. She flinched, and he increased the pressure, seeking out the spot where tension lurked.
"What are you doing?" Her voice was a breathless whisper.
"Making demands. Relax, be still. Enjoy."
"I cannot. I do not like you to touch me..."
"Liar. I shall not hurt you, and you know it." He kept up the relentless, sensual pressure, leaning in to kiss the outer shell of her ear as he did so. Brynhild let out a soft gasp, but offered no further objection.
Her taut and rigid body softened under his ministrations. He was not certain she even realised she had done so when she released her tightly folded arms to lay them along the rim of the tub and leaned back into his gentle embrace. He allowed his hands to move, reaching forward, then lower to cup the soft swell of both her breasts. She gasped, her posture tensing again, betraying her disquiet. But she allowed it.
Taranc caressed the lower curves, his thumbs now rubbing across her stiff, pebbling nipples. He longed to take one of the deep pink buds between his teeth but decided to save that pleasure for another occasion. For now, he had her where he wanted her. She accepted his touch, at least this far, his intimate exploration of her body. She was learning to trust him.
He continued to toy with her nipple as he drew his fingertips down the length of her sternum, pausing to explore the hollow of her navel before continuing on to tease the pale blonde curls at the apex of her thighs. He did not suggest she spread her legs for him as he knew what her answer would be. Instead he kissed her neck as he slid his fingers through her soft folds., seeking out the pleasure nub he knew he would find there.
Brynhild almost leapt from the tub when he reached his quarry. He tightened his grip across her chest to hold her in place.
"Relax. Be still. Enjoy." He repeated his sensual demands.
"What are you doing to me? That feels... wrong. It is not usual to feel so."
"No, perhaps not until now. It will become usual, I promise." He continued to draw the tip of his finger across the sensitive nubbin, noting the way it swelled under his touch. Brynhild trembled in his arms, her tension mounting. Undeterred, he continued his assault on her confused, untried senses. He was merciless, his goal clear. As her body spasmed he took the quivering bud between his finger and thumb and squeezed lightly as she shattered in his arms.

A Special Treat from the Author
Read Chapter 1 for free

Taranc might lust after the Viking noblewoman, he was a
male and drew breath so how could he not? But he did not
like her, and he had never yet fucked a woman he disliked.

“You shall not raise your hand to me again, lady, lest you
wish to find yourself upended across my lap and spanked.
Do I make myself clear on this?"

"Allow me to be plain since I wish there to be no
misunderstanding between us. You are coming with me.
You will be silent, and you will be co-operative. If you cause
me no problems we shall get along quite well, but I will
tolerate no disobedience from you. You have been warned.
Further attempts to thwart me will result in you being
punished, and a decent switching will be just the start of it.
Do not test me on this, Brynhild. You will regret it."

"If you require a demonstration of my power over you I shall
be delighted to oblige you. A few strokes of my belt should do
the job."

“You and I find ourselves thrown together by circumstances.
I do not know how long we shall be in one another’s
company, but I expect it to be a while. Your obedience and
submission are vital, to my safety, and did you

but know it, to yours also. If you cross me, I shall punish you,
and then the matter will be closed. A spanking puts an end
to the matter.”

"I would wed you in a heartbeat, my lovely Viking, but I fear
we would spend the rest of our lives tearing each other
apart.” 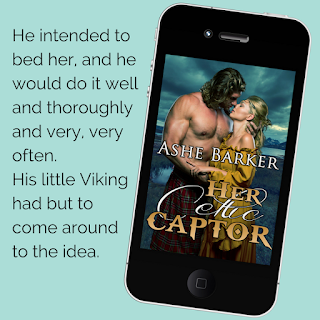 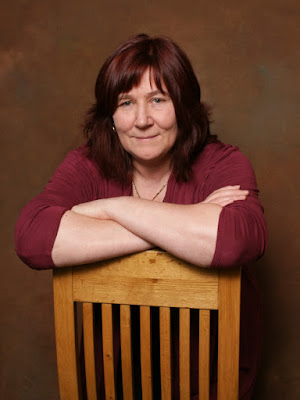 Ashe tends to draw on her own experience to lend colour,
detail and realism to her plots and characters. An incident
here, a chance remark there, a bizarre event or quirky
character, any of these can spark a story idea.
Ashe lives in the North of England, on the edge of the Brontë
moors and enjoys the occasional flirtation with pole dancing
and drinking Earl Grey tea. When not writing – which is not
very often these days - her time is divided between her role
as taxi driver for her teenage daughter, and caring for a
menagerie of dogs, tortoises.  And a very grumpy cockatiel.
At the last count Ashe had over forty titles on general release
with publishers on both sides of the Atlantic, and several
more in the pipeline. She writes M/f, M/M, and occasionally
rings the changes with a little M/M/f. Ashe’s books invariably
feature BDSM. She writes explicit stories, always hot, but
offering far more than just sizzling sex. Ashe likes to read
about complex characters, and to lose herself in compelling
plots, so that’s what she writes too.

Ashe has a pile of story ideas still to work through, and keeps
thinking of new ones at the most unlikely moments, so you
can expect to see a lot more from her.

Or you can email her direct on ashe.barker1@gmail.com