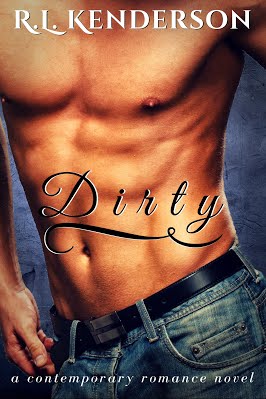 He’s a player. She’s too smart to let him in her pants. Until a
night of drunken sex has her kicking herself and vowing she’ll
never let it happen again. Or will she?

After returning home due to her father’s illness, Elise
Phillips reunites with her college friends, including Luke
Long. Luke was a player back then, and Elise had always
prided herself on not being another notch on his bedpost.

Luke is still gorgeous though, and he knows it. And he
checks all her boxes—intelligent and sexy with muscles and
a hard body.

Following a night of beer and shots, her resistance runs out,
and he finally does check her box. And Elise knows that it
can never happen again.

Luke had always thought of Elise as the pretty girl that was
friends with his roommate’s girlfriend, but now she’s all grown
up. When their night of passion rocks Luke’s world he
realizes he must have her again.

The two enter a friends-with-benefits relationship with the
agreement that they’re just going to have fun. The only thing
is, with mutual friends involved, they have to hide their
indiscretion.

But what harm can come from a dirty little secret?

Get your copy of Dirty and start falling in love today!

Oh how I love contemporary romance I am in
love with this book. This book was so well
written, and so well thought out. It was funny as
hell and such a joy to read. I love how she is
setting people right about Asian men. There is
such a stereotype that should not be. I also
cannot wait to read more books by
R.L. Kenderson

This story is about Elise and Luke. And I have to
say I love that she has him a Jock but smart as
hell too, and half Asian to boot. I felt so bad for
Elsie with her dad, but really sympathize with her
and her sister about their mom. Mine was the
same way once upon a time. It is a shame that
it takes a life altering situation to pull her out of
herself righteous indignation. I mean so what
that Elise sister is gay, it is not like a diseases or
a choice, but back to Luke and Elise. Her mom is
stuck in the no sex before marriage and it has
really done a number on her. So much so she is
un-concisely causing problems for herself. And
the sad part is it may just ruin what a wonderful
thing she and Luke have.  Granted the have
been sneaking behind everyone’s backs. That
does not make her unworthy but man her mom
is a real piece of work. Let’s hope someone can
talk some sense into her before it is too late.

Now before I ruin this for you I will leave off here.
I hope you enjoy this book as much as I did. If
you do like this book, please consider leaving a
review. The Authors really like it when you do;
they value your opinions too 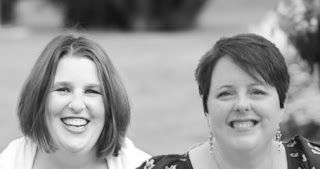 R.L. Kenderson is two best friends writing under one name.
Renae has always loved reading and in third grade wrote
her first poem where she learned she might have a knack for
this writing thing.

Lara remembers sneaking her
grandmother’s Harlequin novels when she was probably too
young to be reading them, and since then she knew she
wanted to write her own.


When they met in college, they bonded over their love of
reading and the TV show Charmed. What really spiced up
their friendship was when Lara introduced Renae to
romance novels. When they discovered their first vampire
romance, they knew there would always be a special place
in their hearts for paranormal romance. After being unable to
find certain storylines and characteristics they wanted to
read about in the hundreds of books they consumed,
they decided to write their own.


They both live in the Minneapolis/St. Paul area where they’re
a sonographer/stay-at-home mom/wife and
pharmacist/mother by day and a sexy author by night.
You can find them below.

Or you can email them at rlkenderson@rlkenderson.com.
They always love hearing from their readers.