Lost to the darkness, Fuery wages a daily war against the
corruption that lives within him, constantly in danger of
slipping into the black abyss and becoming the monster all
elves fear. Work as an assassin gives him purpose, but what
reason is there to go on when he killed the light of his life—
his fated mate?

Shaia has spent forty-two centuries mourning her mate. Tired
and worn down, she agrees to wed a male of her family’s
choosing, following tradition that has always bound her as a
female and hoping she will be able to gain just a little
freedom in return. But as she resigns herself to being the
mate of a male she could never love, fate places an old
friend in her path—one who tells her that her lost love is
alive.

Will Shaia find the courage to break with tradition and leave
the elf kingdom in search of her mate? And as a ray of light
pierces his soul again, can Fuery find the strength to win his
battle against the darkness or will it devour him and that light
of their forbidden love forever?

Holy freaking God, what a book! This was one amazing
story. such a well-written and thought out story. Felicity has a
way with holding your attention and keeping you hostage to
the very end of the book.

This book is Fury’s story and his wonderful mate Shia. They
have been separated for over 4000 years H&M believing the
other was dead could you imagine going just if you years with
after loving your life before Thousand that would be torture
unfortunately for her, her parents are aristocrat so they think
she needs to be married to an noble unfortunately the one
his chosen is a despicable piece of crap well at honest roll
with her potential sooner she runs into an old friend a farm
boy or he used to be now he service Prince Lauren and man
is it wonderful to see him because he tells her that her lost
love is not dead now she just has to get to him and save
him in time and want a battle that is going to be

Book 15: Unchained by a Forbidden Love 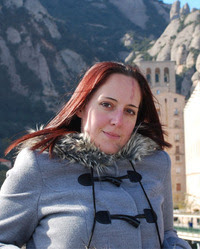 Enter the grand tour-wide giveaway to win an Amazon Kindle
Fire HD plus books 1-7 of the Eternal Mates series in e-book
or audiobook at the Unchained by a Forbidden Love book
page. This giveaway is international and open to everyone,
and ends at midnight on January 28th.