The Darkest of Dreams
(The Misadventures of Annika Brisby, Book 4)
By Emigh Cannaday 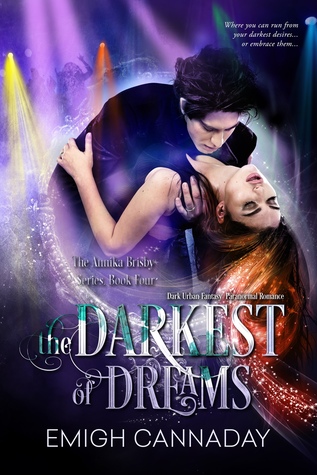 A heinous crime. An empire in turmoil. And a
modern girl at the center of it all.


Darkness has fallen on the Marinossian
family, leaving ruined lives in its wake and
leaving Annika to pick up the pieces. With a
deadly doppelgänger still on the loose,
she’s escorted back to America to wait out
the storm…however long that may be

A world away, Talvi has been dragged to the
desolate prison on Bleakmoor Island where
he awaits trial for murder. His time in solitary
confinement has pushed him to the brink of
madness. The only thing keeping him from
completely losing his mind is the mysterious
inmate in the cell across from him. He’s one
of the Näkki—the half-demon dark elves who
were banished from his country hundreds of
years ago. As Talvi gets acquainted with his
new friend, he learns another version of his
country's history that makes him question his

convictions. He vows to get some
answers...if he ever gets out alive.
The question is, will Annika be there if he
does?

Holly molly! That was one hell of a book! I have fallen in love with
this series by Emigh. The book was so well-written and thought
out. She has a way of holding you hostage till the end and then
begging for more.

This is Anika and talvi's continuing story. If you have not read the
first 3 books stop reading here. And go get the rest of the books
and this one as you will want to know what happens next. I have
to say after the way the last book ended with Finn dying be
prepared for the sad beginning to this book. His funeral and Talvi
facing prison for his murder had me going through a box of tissues.
Finn was one of my favorite characters and I missed him. Till Anika
made it to Japan. I was so shocked by all that happened there, and
how much Talvi suffered for all that went down. I loved the ending
of this book but I am also so ready for the next book. 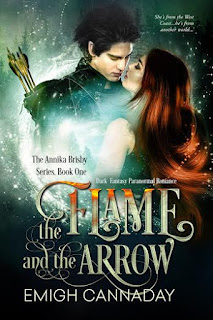 The Flame and the Arrow (The Annika Brisby Series, Volume 1) 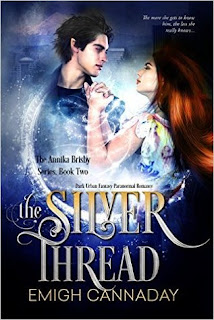 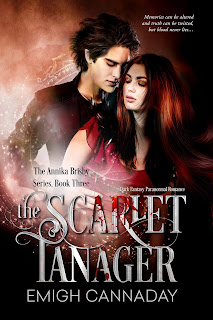 The Scarlet Tanager (The Misadventures of Annika Brisby, Book 3) 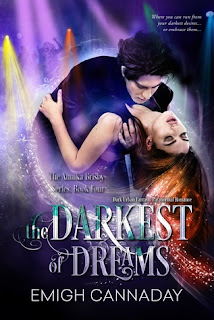 The Darkest of Dreams   (The Misadventures of Annika Brisby, Book 4) 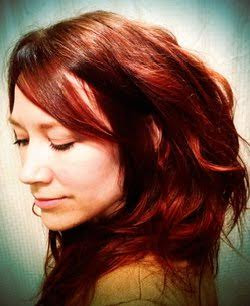 Join Emigh's reader group and you'll automatically gain access to exclusive content, deleted chapters, and be notified as soon as her next book is released: www.emighcannaday.com
After bouncing around from Paris to Portland, Emigh
Cannaday now lives in Wisconsin with her husband and
a pack of Welsh Corgis. She grew up drawing, painting,
and writing down her elaborate daydreams that focus on
nature, intuition, and a bit of magic. She spends her free
time testing out new recipes in the kitchen and playing
with houseplants and horses.
She also co-hosts the Wine Wars podcast, a show dedicated
to all things wine and Star Wars. Find her on Facebook,
Instagram, Pinterest and Twitter or visit
www.emighcannaday.com to get the latest author updates
and connect with other fans.