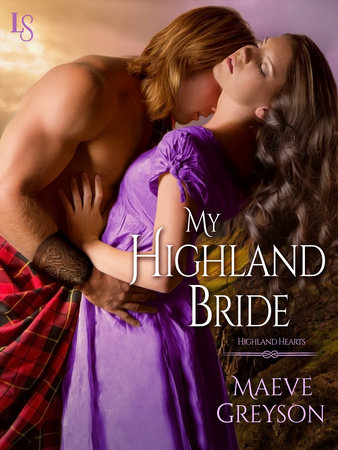 I love this book so much. I fell in love with book one and now that I finished book two can not wait for three. A word of warning keep the tissues handy, there are moments that are so funny, But the sad ones had me crying. It was one emotional ride. and omg they introduce a new character that you will love to hate. Can not say much or I will ruin the book, man you will not believe who this person is. And how he is contacted to the story. I loved the hint at the end of this book for when the next daughter will travel back and who will be her husband. Omg I want to say so much, but can't without spoiling this book. So I will leave you here. I hope you enjoy this book as much as I did. If you do like this book, please consider leaving a review. The Authors really like it when you do, they value your opinions too.


With
bedroom eyes and racetrack curves, Kenna Sinclair seems
like just another pretty Kentucky girl. But she can also read
minds, erase memories, and jump through time—a skill set
that comes in handy when her matchmaking granny sends
her back to thirteenth-century Scotland on the pretext of
visiting her older sister. When she encounters the clan’s
womanizing man-at-arms, Kenna instantly knows the
gorgeous Highlander has only one thing on his mind. She
vows to steer clear of him, but after a single electrifying
touch, she finds that playing hard to get won’t be quite so
easy. . . .


Bewitched
by the first lass who could ever resist him, Colum Garrison
will do anything to prove his devotion, even ask for Kenna’s
hand in marriage—and swear off his chosen form of
recreation until their wedding night. It’s a burden for a man of
his thunderous appetite, but the sinful temptation is not his
alone: Colum’s fetching bride-to-be is practically trembling
with anticipation for a moment that can’t come soon enough.
When she’s willing, Colum will be ready and waiting—with a
love that lasts a lifetime.

“Have ye e’er seen such a lovely set o’ bosoms?”

Colum Garrison lowered his cup enough to peer past the
metal rim. Aye. Diarmuid had the right of it there. The man
had a keen eye when it came to the lasses. The newest
serving girl was indeed a comely maid blessed with a bounty of curves.

Colum drained the tankard, licking the last of the tangy ale
from his lips as he slid the empty mug to the table. “An
untapped MacKenna keg against that fine ale ye bring all the
way from Ireland. What say ye? I gi’ ye fair odds. Whoe’er
leaves the hall with her on his arm claims the spoils.”

Diarmuid squinted one eye shut while scrubbing his fingers
through the short black beard curling along his jaw. “Fair
odds, me arse. If I win the gift of the lass’s charms, ye’ll gi’
me yer best bow along wi’ that keg of fine MacKenna
whisky.”

Colum tapped a thumb against the handle of his empty
tankard. Yon sweetling would easily choose him o’er
Diarmuid, but wager his best bow? O’er something as flighty
as a woman’s druthers? Instinct and past experience with
Diarmuid’s less-than-scrupulous wagers gave him pause.
The man’s terms reeked with the stench of a carefully laid
trap. Colum drummed his fingers atop the rough table.

“That bow was a gift from the chieftain. There’s none like it in all
the Highlands.”

Diarmuid grinned, held up his index finger, then slowly
allowed it to droop at the knuckle. He gave a sly wink as he
flipped the sagging appendage, making it appear boneless.

“What ails ye, m’friend? Are ye no’ feelin’ up for the wee
challenge?”

Colum banged his empty mug atop the long trestle table and

waved the girl toward them. “I’ll show ye ‘up.’ After the lass

has been with me, she’ll no’ have a hunger for yer wee
sausage.”

Diarmuid rubbed his hands together, his impish grin widening
into a devilish smile. “We shall see, man-at-arms. We shall
see.”
The teasing look in the young woman’s eyes, paired with the
coy tilting of her head, settled the matter nicely. Aye. The lass
is as good as mine, and so is another keg of Diarmuid’s fine
ale. Colum slowly traced a fingertip around the curve of his
mug. Soon his fingers would trace along much finer curves.

The girl tucked her broad wooden platter under one arm and
sashayed toward them. When she reached the men, the
red-haired vixen leaned across the bench and propped a
hand atop the table. Her smile widened as she not so subtly
arched her back, providing an even better view of the creamy
cleavage about to spill free of her tightly laced kirtle. “Aye,
master. Can I be a fetchin’ anythin’ for ye?”

Colum released his most beguiling smile, leaned forward,
and ever so gently slid a finger beneath the young maid’s
silky chin. Diarmuid ne’er stood a chance. This wee filly was
already his. The truth of it shone in her clear blue eyes and
her barely parted lips, already beggin’ for his kisses.

A deep voice boomed across the crowded hall. “Colum!
Here. Now. The MacKenna bids ye see him in his solar at
once. Best be about it, man.”

Colum let his hand drop to the table, clenching his teeth to
keep from cursing aloud. Damn Galen and his ill-timed
interruptions. What the hell was wrong wi’ the man? Could he
no’ see there was serious business at hand?

Diarmuid chuckled and scooted Colum farther down the
bench, bumping his way in front of the still smiling maid.
“Dinna worry, friend. I’ll make sure this fine young lass
doesna feel neglected by yer absence.” Diarmuid tickled
a finger up and down the maid’s lightly freckled forearm as
a beguiling smile lit up his face. “Do ye happen to fancy
sausages, m’dear one?”

A low-throated growl escaped him as Colum swung out from
the bench and stood. He searched the far wall of stone
archways for Galen. ’Twas a sorry day when he’d been fool
enough to make that clot-head his second in command. Aye,
Galen was a fine warrior, but the stubborn bastard had a
talent for bein’ a verra large pain in the arse.

Barrel-chested Galen grinned and waved from the widest of
the arches leading up to the private rooms of the keep. He
nodded and winked, rolling up on his toes to bounce a bit
higher than his stumpy height, which barely brought him to
Colum’s shoulder. His smirking grin widened to a toothy smile
as Colum closed in on him. “Now, lad, dinna fret. I’m sure ye
can win the lass back from Diarmuid as soon as the chief is
done wi’ ye.”

“Ye just cost me m’best bow and a keg of whisky.” Colum
shoved Galen aside as he shouldered through the doorway.

Galen lowered his broad shoulder and effectively bounced
Colum a few steps sideways into the opposing wall. The man
might be short of stature but he was nearly as wide as he
was tall and stood as solid as Beinn Nibheis. He jabbed
a short stubby finger toward the center of Colum’s chest.
“I saved ye from yer chieftain’s wrath, ye ungrateful bastard.
Were ye no’ just tellin’ me how the MacKenna warned ye to
leave the maids alone for a bit? Did he no’ tell ye he grows
weary of gettin’ his arse chewed by both his wife and her
grandmother for how ye run through the women in the keep?
Good Lord, man. Ye should be a thankin’ me. I saw Mother
Sinclair herself headin’ toward ye from the kitchens.”

Damn the squat bastard. Colum rolled his shoulder, still
stinging from scraping the rough stone of the wall, and
glanced back behind them. Sure enough, Granny Sinclair
was currently blessing out Diarmuid. She had one bony hand
clamped around the serving girl’s elbow while she shook
a bent finger just inches from the tip of Diarmuid’s nose. The
old woman didna even pause for breath as she whipped
around and shook the same scolding finger in the face of the
wide-eyed maid.

It appeared a debt of gratitude was owed rather than a swift
kick in the arse. Colum clapped a hand to Galen’s meaty
shoulder and hurried them both farther down the hall. “I owe
ye greatly, m’fine friend. I swear t’ye, I’ll do the sword dance
at yer next weddin’.” 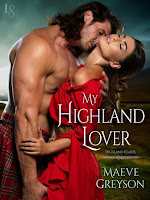 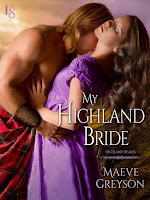 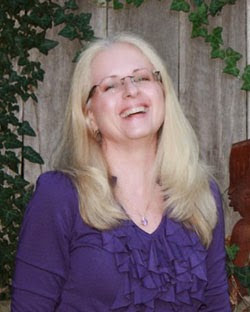 No one has the power to shatter your
dreams unless you give it to them. That’s been Maeve Greyson’s mantra since she
was a girl. When she’s not at the full time day job at the steel mill, Maeve’s
writing romances about sexy Highlanders and the women who tame them. Tucked
away in a five acre wood, Maeve listens to the wind singing through the trees
and hears her characters telling their stories. Her work is proofed by her
sharp-eyed dog, Jasper, and her greatest supporter is her long suffering
husband of over thirty-five years who’s learned not to throw away any odd
sticky notes filled with strange phrases.