Into the Abyss
(Psychic Visions Book 10)
by Dale Mayer 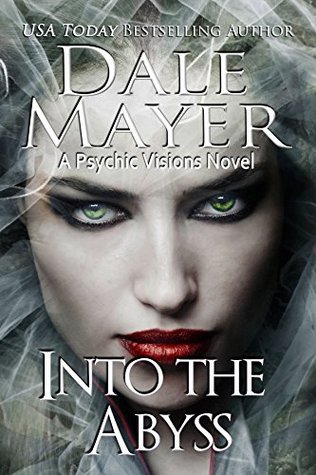 Life is never easy but when her family is killed by a serial
killer — one who is never caught — it becomes almost
impossible.

As she grows up, Tavi works to appear normal while hiding in
law enforcement, determined to get answers and if she can
— extract revenge.

Jericho is a hunter. Now he's caught the scent of an old prey,
a serial killer he's been one step behind the whole way.
Then Jericho catches wind of the killer's next victim... Which
is none other than a detective with a little too impressive
track record for getting her man.

Only she wants nothing to do with him. Or his protection.
And he can't leave her alone...

Sparks fly from the first meet — in more ways than one.

But when energy flares it also attracts. And the killer realizes
he can kill two enemies in one swoop. He's cleaning up.
Turning a new leaf.

And wants no one left alive who can stop him...

Wow just wow. If you never read any of Dale Mayer’s books, well
you have no clue what our missing. So let me tell you. First they
are extremely well written. Two, they are thoroughly thought out.
Three they are just freaking awesome and that’s not all. She has
a way of dragging you in and holding you hostage till the end.
And it so worth the ride, you will go back for more when her
next book is out.

This is the 10th book in her Psychic visions series of books. This
one is about Tavika. She is a detective and a badass at that. She
closes more cases than anyone in her department. That is because
she has an edge. One she is not really that aware of she is Psychic
she just hides it well. She has a shield she has built around herself.
And it has protected her till now. The Ghost the serial killer that
killed her family is back. And she has no idea why she was saved
or he is. Then she is approached by Jericho a Hunter who has been
after the Ghost for a long time. But he is also psychic too and is
not sure how Tavi has gone this long denying her gifts. She is truly
amazing in his eyes, but he is a pre-cog and he has seen her death
and is determined to change he fate. As you go you get snippets of
the Ghost but man oh man when you find out who it is it will really
shock you. I thought I had it figured out, but man was I wrong.

Into the Abyss (Psychic Visions, #10) 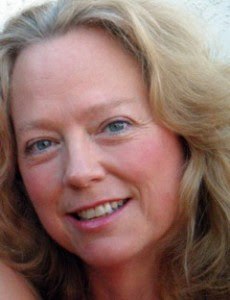 Dale Mayer is a USA Today bestselling author best known
for her Psychic Visions and Family Blood Ties series. Her
contemporary romances are raw and full of passion and
emotion (Second Chances, SKIN), her thrillers will keep you
guessing (By Death series), and her romantic comedies will
keep you giggling (It's a Dog's Life and Charmin Marvin
Romantic Comedy series).
She honors the stories that come to her - and some of them
are crazy and break all the rules and cross multiple genres!
To go with her fiction, she also writes nonfiction in many
different fields with books available on resume writing,
companion gardening and the US mortgage system.
She has recently published her Career Essentials Series.
All her books are available in print and ebook format.

Join Her Newsletter At: