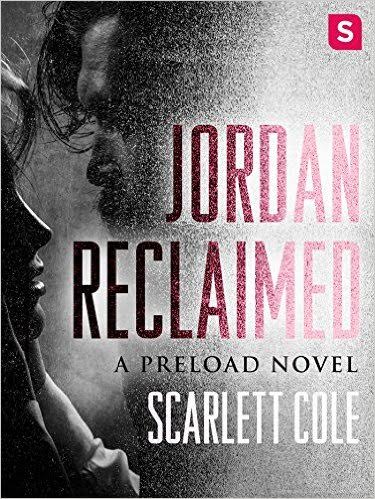 I know how much you loved the couples at Second Circle
Tattoos. So for my next series, I wanted to give you more of
the characters you have already come to care about.
Welcome to Preload. For those who have read The Purest
Hook, Preload is hero Dred Zanders' band. And yes, for all of
you who wrote to me asking for the band members to each
get their own stories after reading The Purest Hook, here
they are. Jordan is up first and will be followed by Elliott,
Nikan, and Lennon. I can't wait for you to get to know and
fall in love with these men who grew up in a group home
together and the women who bring them to their knees.

And for those who haven't read The Purest Hook, it doesn't
matter because these stories are all completely stand-alone. 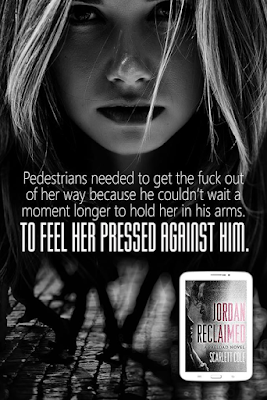 Jordan Steele’s life began when he was ten. When he was
taken from his parents and a house that was never a home.
When he met his brothers, the other lost and abandoned
boys in his group home. When he learned what friendship
and family and love looked like.

Now he’s made good, touring the world with the band he and
his brothers formed in that crowded group home. No one but
his found family really knows the man under the fame and
fortune, the scars he hides behind the rockstar lifestyle.
Until he sees her through the windows of the National Ballet,
dancing, and suddenly the world doesn’t seem so dark.

Aleksandra Artemov ticks all the ballet boxes. Father a
legendary Kirov dancer. Check. Prepping since birth for
classical ballet. Check. Compulsive control over the food
she eats. Check. Principal dancer at The National Ballet
of Canada. Check. But what she craves is freedom.

She craves Jordan.
Everything about him should terrify her. His size, his tattoos,
his edge. But he doesn’t. He stirs her very soul. Jordan has
nothing but himself to offer her, and he's never been good
enough for anyone. Can he figure out how to face his own
demons before he loses his light for good?

Man that was one freaking good book. This is not the first
book by Scarlett Cole I have read. But now I cannot wait to
read the rest in this new series. But this is a spin-off of the
Second Circle Tattoos. In fact The Purest Hook, book is
Dred Zanders' story and he is in the Preload band. Which
made it so easy to decide to read this book. Had to see
what happened to his brothers his band mates. The book
is so masterfully written. And it had me hooked, reading on
to see what happened next. I love the way Scarlet handled
dealing with their individual issues.

This book is Jordan’s Story. He is the bass guitarist in the
preload band. But he also has a lot of issues to deal with.
Having been taking from his family at the age of ten, he
moved though the foster system till he ended up in the group
home with his now brothers and band mates. He is fine
living the rock star life most of the time. Till late one night
while taking petal for a walk he sees Alexa dancing in her
studio window. And that is when his whole world changes.
Maybe there is some light left to his dark. She is amazing,
but she has problems too. Her father is a real pain in her,
well everything. The things he has done to her over the
years have really messed her up. So much so that she may
be risking her health. But hopefully Jordan will be able to
help her and she him. Maybe they can begin to heal together. 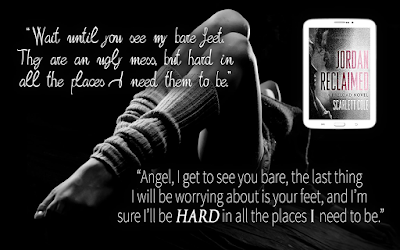 He got it.
He finally got it.
He got why John Lennon left the Beatles for Yoko.
He got why Dred wrote a love song for Pixie.
From the moment Jordan’s lips touched Lexi’s, he couldn’t imagine anything else feeling and tasting quite so perfect for the rest of his life.
He ran his tongue along the seam of her lips and she groaned, opening for him. He thrust his hands further into her hair as their tongues touched. She tasted of wine and sweetness, and he couldn’t get enough.
While her eyes were closed, his were open, unwilling to miss a single moment of what was happening between them. He angled her head, and she rose up on her toes to meet him. He thought he was going to faint as the blood rushed from his brain to his cock, which ached for contact.
Lexi’s arms wound their way around his waist, her hands finding the way under his leather jacket and sweater to rest upon his back. Skin on skin. How he wanted them to be. Naked. Exposed. Nothing between them as he made love to her in a huge bed that they could stay in for days.
Except he didn’t have a huge bed. And he didn’t have the kind of room she deserved to stay in. He had an attic. And a box under his bed that held his most treasured possessions that nobody else would understand. A secondhand copy of Scales, Chords & Arpeggios, and the first birthday card he ever received from Maisey and Ellen. Random shit nobody else would care about.
Jordan pulled away slowly and looked carefully at Lexi. Her lips were pink and plump, her cheeks flushed, her eyes wide.
“Jordan,” she whispered.
“I gotta go. Bye, Lexi,” he said. He needed to get home and then drink enough to forget about her. Banish the stupid idea swirling around in his mind that they could have any kind of relationship. He should never have kissed her. It was hard enough to walk away before, but now that he had a clearer idea of what it was he was actually walking away from, it hurt all the more.
“Wait,” Lexi said as she grabbed his arm.
The small voice in his brain told him to keep walking, but he couldn’t. Instead, he turned to see what she wanted.
Lexi grabbed a pen from her purse, the one she had given him to sign the napkin in the restaurant. She reached for his hand and turned it over so his palm was facing up and quickly scribbled something on it. When she was done, she stood on her tiptoes again and kissed his cheek.
Weakness was a new sensation, but he felt it down to his boots as, against his better judgment, he leaned his cheek ever so slightly toward her lips.
“Good night, Jordan,” she said and bounced up the porch, grabbing her hat from the chair where Jordan had tossed it.
She paused in the doorway to wave good-bye and then closed the door silently shut.
Only when he was certain that she was definitely gone did he allow himself the luxury of seeing what she had written on his hand. It was a phone number. Despite himself, he felt a murmur of excitement that she found him worthy of a second date.


Jordan turned toward home. As snow began to fall again, he hurriedly made the short hike across the Don Valley river and ravine to his neighborhood, trying to halt the avalanche of emotions because of ten hand-scribed digits. 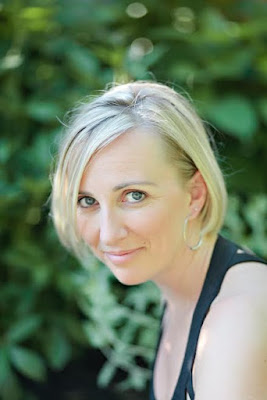 Scarlett Cole is a writer of contemporary romance and a two-
time RITA finalist. Her debut, THE STRONGEST STEEL,
has already become an Amazon best seller in romantic
suspense, was a Best Debut Goodreads Author Finalist
2015, and Authors On The Air Global Radio Network
Contemporary Romance Pick of 2015.

Having travelled the world for work and fun, Scarlett is
a citizen of both Britain and Canada. A true city-dweller,
she considers Toronto and Manchester home and likes to
set her books in vibrant locations such as Miami and Toronto.

Rep'd by Beth Phelan at The Bent Agency,
and published by St. Martin's Press.

She'd love to hear from you on via social media. 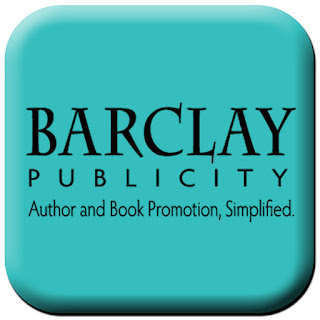