"This book had me at the edge of my seat and I couldn´t
put it down. It has everything, steamy sex, heart break,
humor, drama and love."

Baseball superstar Dante Lamonte is a broken man. Reeling
from the horrific double murder that took the lives of his
pregnant fiancée as well as his best friend, he drowns in
alcohol and sex, but never finds relief.

Becca Hernandez is a sweet girl with terrible luck with men—
and worse luck with sex. Her one-night stand with a man who
is way out of her league was also totally out of her character.
Dante took her out of her comfort zone… she loved
everything he did to her, but she knows nothing can come of it.

When their paths cross again, they can’t resist each other.
One night of passion turns into much more, but they struggle
to get through the bases of this new relationship. Dante’s
demons may destroy him, and when details of their less than
vanilla night are leaked to the press, Becca stands to lose
everything—her job, her reputation and Dante. Love may be
their only salvation.

THIS IS A STANDALONE.

Oh My Freaking God that was hot! I mean like hot as Hades.
This is the first book by Kat Mizera I have read. But god I
am so ready for book two. This was so well written and told
so well it just flowed.

This book is about Becca and Dante. Becca is well lake of a
better word, but she is a prude. And that is not a bad thing
some people are made to think their sexuality is bad, even
when there is really nothing wrong with them. She is pent up
and it is going to take a sexy as sin Dante to pull her out of
her shell. But oh what fun he and she will have. What she is
not aware of is she is submissive in bed and craves it. That
is when Dante makes one of her fantasies come true.  After
one torrid night it all starts to fall apart because a holler than
though jerk release pictures of their special night. I mean I
am a god fearing person but this person went too far. And I
was so shocked by who it was. Really did not see that one
coming. I thought this person was nice and nothing showed
as them being bad.

Viggo Sjoberg has been openly bisexual since he was 17,
but always assumed he would settle down with a woman.
When he’s surprised with news he has a child from a past
fling, he jumps headfirst into marriage and fatherhood, but
his new wife isn't what she appeared to be. Adding to
Viggo’s confusion are the feelings aroused by his seemingly
straight roommate, Jamie.

When Jamie moves thousands of miles away, Viggo tells
himself it’s over. Until a life-changing event puts the two
men on a collision course. Suddenly, Jamie needs Viggo—
badly—and Viggo is prepared to do whatever it takes to help.
Evenif it means he has to give up everything he always
thought he wanted.

THIS BOOK IS A STANDALONE. 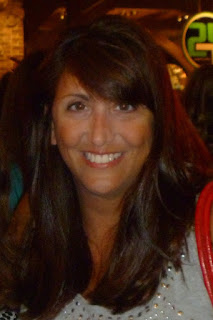 Kat's a typical PTA mom with a wonderful and supportive
husband (Kevin) and two amazing boys (Nick and Max).
When she's not writing, she's either scrapbooking or
indulging in her second love (after writing) - traveling.
Greece is one of her favorite places in the world. She loves
that Athens is a big city with a small-town feel. The food,
beaches and culture keep her going back as often as
possible. She hopes to retire there one day so she can
spend her days writing books on the beach.

Kat has been a working freelance writer for nearly 30 years.
She sold her first article--a review of a rock concert--for $10
in 1985. Since then she's been an entertainment journalist,
waitress, bartender, legal assistant, food critic, magazine
editor, substitute teacher, and sports writer. She also spent
some time working at A & M Records in Los Angeles.

As you can guess from her series, the Las Vegas
Sidewinders, Kat loves hockey. She is also a freelance
hockey writer, covering her favorite team, the Florida
Panthers, and any other teams that have an interesting story
. The rest of the time, she writes novels: sexy, romantic
fiction that she hopes makes you as happy as it makes her.
There's something enticing about hockey players and
romance...