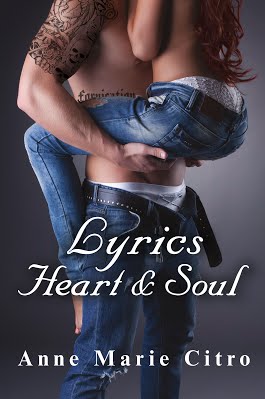 One of America’s most reclusive rockers, Ryder Vaughn, gets
an unusual sentence handed down to him. The judge,
hoping to teach him the value of human life, sentences him
to ten months of community service at Reach Within Centre
for individuals with special needs. Ryder is convinced that,
if he isn’t crazy already, he will be by the time his sentence
ends. However, his only other option forfeits his band’s
livelihood.

Five minutes after stepping into the centre, his entire life
changes when he meets a gorgeous, little spitfire who will
challenge everything he has ever believed about himself and
the world around him.

Francesca's devotion has always been to her family, friends,
and the job she is passionate about. Her life hasn’t been
easy. She sacrifices a lot for the ones she loves and for her
dream to visit Italy. Then Francesca finds herself in a
desperate situation, and the tattooed beast who is serving
his debt to society must save the headstrong woman from
a secret that could destroy her. In turn, Francesca teaches
Ryder, if you love something enough, it’s worth fighting for.

Ryder knows he isn’t worthy of love, but this incredible
beauty makes him want it.

Ryder can save Francesca from her secrets, but can she
save him from his? Is Ryder strong enough to endure the
kids she loves and her crazy Italian family?

Ten months can fly by or it can last an eternity.

Oh My Freaking God! I thought book one was amazing, but this
one surpassed it by leaps and bonds. Anne Marie puts her Heart
and soul in this book. You could just feel it. She made me cry one
minute and laughing my ass of the next. The story is so well
though through and amazingly written. But it touched my heart.
If you follow me on spotify there is a playlist where my husband
and I give each other songs as gifts. We find you can express so
much with a song. There is even one I wrote for him. So this book
moved me beyond words.


Now for a little bit about the book. This is Frankie's story. Oops
Francesca, don't want Ryder ticked at me. Lol. Francesca is one of
the Ceaser Friday sissta's. And man is she a spitfire, but a beautiful
soul as well. She works with children with special needs. And it
takes a special kind of soul to do that. But she has been through the
ringer in life. And never ask for help, even when she needs it most.
Then you have Ryder Vahun, Bad boy rocker and all around badass.
That is till he gets in trouble and the judge decided he needs to be
thought a lesson not just jailed or fined. As money is no issue for
him. So he is sent to work with Francesca at the centre to work with
the kids and learn that life is worth living. Then when you meet the
kids I tell you, you will fall in love with them. My favorite has to
be Theo and Mason. But Vetta and Katrina are up there to I kind of
relate to some of the girls issues. Mason is so much like Ryder it is
scary. And Theo well he sees Ryder more than he knows. And oh
my god you will laugh your ass off at his antics. And I think the
girls are in love with Ryder to, as much as Mason is with Frankie.
Man I could go on and on but better hush before I have a book here
instead of a review.

Chapter 1
“Bad to the Bone” By George Thorogood

“Bad to the Bone” By George Thorogood
“Animal I Have Become” by Three Days Grace
“Glitter in the Air” by Pink
“Money” by Pink Floyd
“The Wind Beneath My Wings” by Bette Midler
“Free Falling” by Tom Petty
“Somewhere I Belong” by Linkin Park
“Unsteady” by X Ambassadors
“You Are Not Alone” by Lifehouse
“The Sound of Silence” by Disturbed
“Angels Among Us” by Alabama
“Oh Darlin’, What Have I Done” by The White Buffalo
“Sorry” by Buckcherry
“Believe” by Mumford & Sons
“Secret Song” by Staind
“Let It Go” by James Bay
“Leather and Lace” by Stevie Nicks and Don Henley
“In Your Eyes” by Peter Gabriel
“Just Breathe” by Pearl Jam
“Lost Boys” by Ruth B
“With Arms Wide Open” by Creed
“Everything I Do” by Bryan Adams
“Time of My Life” by David Cook
“Angel Eyes” by Jeff Healey
(  “Heart & Soul” by Fornication
This one is in the book has to be read)
“I Finally Found Someone” by Barbra Streisand and Bryan Adams

Goodreads
Under Her Wings 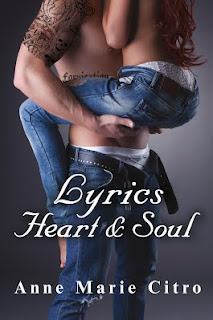