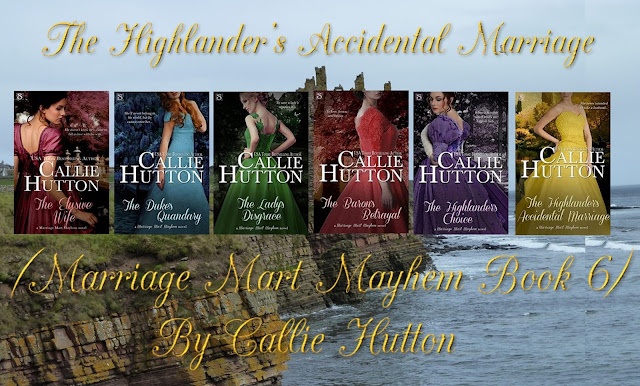 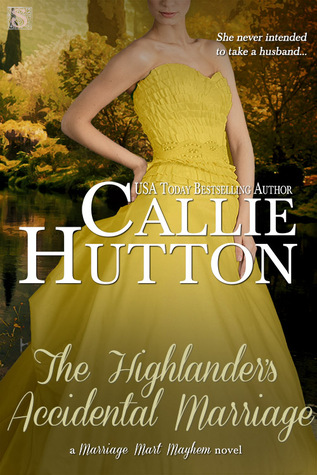 This is one hell of a book. I love the whole series.
These are such well written historical romances. I love
the way Callie troughs her characters together. Makes
you believe  in that love at first sight. I felt bad for out
heroin Sarah, all she wanted to do was go see her sister.
And all these bad things just kept happening to her.
Then came Braeden came riding into her life. She never
wanted to marry, but ended up married to him anyway.
But when she announces they're are husband and wife,
not know that that makes it law in Scotland. Was just so
much she could take. Then there was the way Braeden
makes her feel. If they Would just talk to one another
they may be able to fix everything and be happy. Now
before I ruin this for you I will leave off here.  I hope you
enjoy this book as much as I did. If you do like this book,
please consider leaving a review. The Authors really
like it when you do, they value your opinions too.

She never intended to take a husband…

Scotland, 1817
The Duke of Manchester’s sister, Lady Sarah Lacey,
always abides by the rules of etiquette. Fate, however,
has no such confines. On a journey to the Scottish
Highlands, Lady Sarah is set upon by misfortune-leaving
her without carriage or chaperone, and left to the mercy
of a kind and handsome gentleman. Whom (in order to
secure a room at an inn) she announces is her husband.

When she proclaims they’re married in public, Professor
Braeden McKinnon can’t bring himself to correct the
lovely Lady Sarah. After all, her reputation would be
ruined. Nor can he tell her that her proclamation is not
only legally binding in Scotland, but sharing a room is
considered to be an act of consummation…

Now they are bound together until death do they
part-even if Sarah has no intention of becoming any man’s wife. 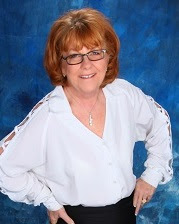 The USA Today bestselling author of The Elusive Wife,
Callie Hutton, writes both Western Historical and Regency
romance, with historic elements and sensory details
(The Romance Reviews). She also pens an occasional
contemporary or two. Callie lives in Oklahoma with several
rescue dogs, two adult children, and daughter-in-law
(thankfully all not in the same house), and her top
cheerleader husband of thirty-eight years. She also currently
waits with bated breath for the birth of twin grandsons.
Callie loves to hear from readers, and would welcome you as
a friend on Facebook.

Want to make sure you do not miss my post.
You can also follow me through my social media Links or
Contact me By e-mail.
Kimmiesuesbookreview@gmail.com
Sign up for email of blog & or
Newsletter to the right
FaceBook   Amazon Profile
Good Reads Profile   Twitter
Posted by Unknown at 11/30/2015 09:00:00 AM No comments: