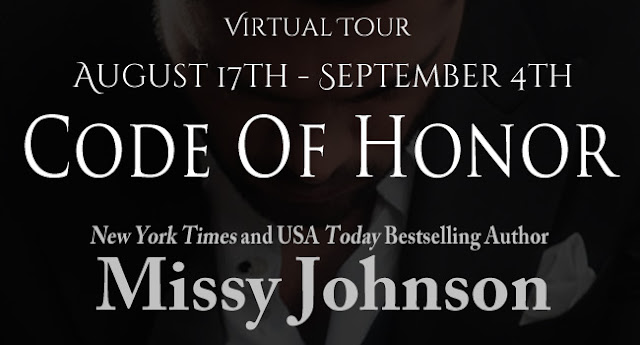 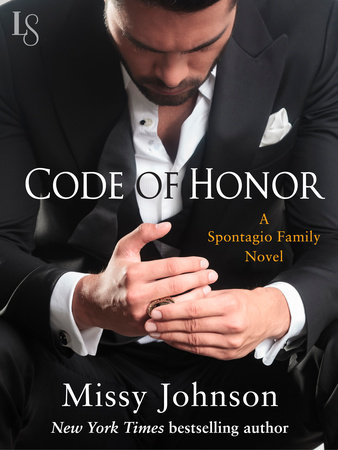 This book was not only hot and sexy, but full of suspense
due to the family business. I love that Lucy wants to follow
her dream, but at 21 years still looks to her father for
acceptance. Since the day she lost her mother he has
become extremely overprotective of her. But there are only
two things that truly make her happy, dancing and Peitro.
But she can not fall for him, it just is not aloud he is like
a brother to her. and that is what Lucy thinks Peitro thinks too.
But little dose she know Peitro has loved Lucy since the day
they met. But his loyalty to her father keeps him away. If he
could have Just one thing in his life it would be Lucy. This was one hell of a story. I was so drawn in to the story I lost all track of time.
next thing i new it was 7am, and my eyes are full of tears,wipeing my nose, andd I had not slept a wink. It can not end this way, it just can't. I can not wait to read the next book in the series. I need to know what happened. Please let everything be alright. Now I need to stop before I spoil the story. I hope you enjoy thisbook as much as I did. If you do like this book, please considerleaving a review. The Authors really like it when you do, they value your opinions too.

In a series debut for fans of Tracy Wolff and Sylvia Day,
New York Times bestselling author Missy Johnson asks
a burning question: What happens when love is
undeniable—and taboo?

Pietro Gustovi is loyal, polished, and hard as stone, the kind
of guy women want and men respect. At twenty-three, he’s
survived tragedies that would break men twice his age. And
he owes it all to his father’s closest friend, Giovanni
Spontagio, who took him in as an orphaned teenager. Pietro
would give his life for Giovanni . . . but his heart belongs to
Giovanni’s daughter.

Raised in Chicago under the spotlight of power and privilege,
Lucy Spontiago feels most alive on stage.
Determined to become a prima ballerina, she escapes her father’s
protective gaze long enough to audition for the ballet in New
York City. Soon, however, Lucy realizes that she is not alone.
Pietro is watching her back. And though he’s like a brother to
her, Lucy cannot deny the thrill she feels knowing his eyes
are on her.

Pietro could never betray his mentor
by sleeping with his only child. But Lucy follows her passions,
no matter how forbidden. Soon their nights are consumed by
explosive, red-hot temptation—a dance that will expose
shocking secrets and burn everything else to the ground.

I open my eyes, surprised to have been cut short. That’s it?
All my hard work and determination had been cut down to
a mere eighty-six seconds? How could they possibly have
seen my capabilities from that?

My eyes drop and I nod, sure my dream is over. As I walk
over to my things, I’m already consoling myself over not
getting in. I try not to focus on the cold silence in the room as
I gather my bags. Finally, I’m ready to leave. I throw a smile
at the panel over my shoulder as I exit the studio, just as the
next girl enters, a hopeful smile on her face.

Outside, the reality of what just happened hits me. Holy shit,
I just auditioned for the New York Ballet Company. Even if
I don’t progress any further, the chance to be able to dance
behind those walls had been pure perfection.

I’m still dazed as I glance down at my phone and realize
I have ten minutes until my bus for the airport leaves. Breaking
into a sprint, I rush through the crowds of people heading
toward Grand Central Station, where I have only a few
minutes to catch my bus.

I make it with only seconds to spare, stepping onto the bus
just as the doors begin to close. The bus is nearly empty,
with only an elderly couple occupying seats up near the front.

I choose a seat and sit down, crossing my left leg over my
right. I take my phone out of my bag and stuff the bag
between my feet and the wall of the bus before slinking back
in the seat and closing my eyes. Shivering, I reach down and
retrieve my gloves, sliding them onto my hands. Even though
spring has officially started, the weather remains
unpredictable and, at the moment, cold.

My mind replays the audition on a loop. I keep going over
things I could’ve done better. I jump as my phone vibrates in
my lap. Picking it up, I see that it’s my father. Wincing, I let it
ring out, then switch it over to silent. I hate lying to him, but
there was no way he would’ve let me go to the audition if I’d
asked. I might be twenty-one, but in his eyes, I’ll always be
his helpless little girl.

He’s always been overprotective, but things got worse after
Mom died. The pain of losing her and not being able to
protect her made him anxious about my safety. I couldn’t
even walk to school or go shopping with friends without
a mountain of security tagging along behind me. It’s only the
last year or so that he’s allowed me to go out with Bella
without an entourage, though I’m sure he still has them follow
me. Thank God for my trust fund that I’d had access to since
I turned eighteen. I’d been transferring small, unnoticeable
amounts over to another bank account over the last three
years, building myself up a nice little nest egg that my father
had no idea about. I knew my father well enough to know he
probably scrutinized my bank statements for any suspicious
purchases. This way I had access to money that he couldn’t
trace— which was perfect for secret phone accounts and
trips to New York.

My flight home is uneventful, and on time. Bella waits for me
in the parking lot at the airport in Chicago. I cross the street
and walk over to her, sliding into the front seat of her
cramped red sports car. Not one for practicality, that’s Bella to
a T, and I’m constantly making fun of her ability to choose the
world’s most impractical car. She smiles at me, her eyes wide
with anticipation as she waits for me to spill details on my
day. When all I offer her is a smirk, she reaches over and
punches my arm. I laugh, rubbing it.

“Tell me how it went,” she exclaims, her lips forming a pout.
“I never hold out on you.”

“It was okay.” I laugh. “And for the record, your stories always
have way too much information. I’d appreciate you holding
back occasionally.”

“Lucia Spontagio, you have to give me more than ‘It was
okay,’” she mimics, her pretty face screwing up into a frown.
“And we’ve been friends for ten years. Now you decide
I share too much?”

“It went okay,” I repeat, not sure what else to say. “I danced.
They thanked me, and then I left. That was it.”

“What were you excepting, them to run after me, begging me
to join their company?” I laugh.

“Well, kinda. Yeah.” She shrugs, and then starts the car,
pulling out onto the street with little regard for other drivers.
I hold on to my seat as she goes flying around a corner
without signaling. “So, what’s the plan if you actually get
accepted?” Bella asks, throwing me a look.

“I’m not going to get in,” I say, then laugh. I rest my head
against the window and sigh. I know what she’s getting at.
Even if I were lucky enough to be accepted, there was no
way in hell my father would let me move so far away from him.

“You’re an adult, Luce. Remember that. You need to decide
what’s right for you and not take no for an answer. Your dad
has kept you sheltered for way too long. He won’t even let
you go to parties, for God’s sake.”

“He’s just protective,” I say, feeling the need to defend him.
I know he loves me more than life itself. I’m his only daughter.
All we have is each other.

“Yeah, well, there’s protective and then there’s Giovanni.”
She giggles, nudging me. “C’mon, Luce. You’re twenty-one
and you haven’t even kissed a guy! I was hitting third base
when I was fourteen.”

“And you wonder why my father thinks you’re a bad influence
on me,” I reply, rolling my eyes. “And how did we get from my
dancing to guys?”

“Because it always comes back to guys.” She laughs,
slapping the steering wheel. “Speaking of which, I have no
idea how you’ve never hit on that brother of yours.”

“Could you sound any more creepy? And he’s not my
brother,” I growl, my face heating up.

She’s always going on about Pietro. I’m not blind. Of course
I see how ridiculously hot he is. I also realize that he’s two
years older than me and so totally out of my reach that even
thinking about him like that should be off-limits. I wasn’t about
to make a fool of myself over any guy, let alone the one who
would never let me hear the end of it.

Missy Johnson is a New York Times and USA Today
bestselling author who lives in a small town in Victoria,
Australia, with her husband and her confused pets (a dog
who thinks that she is a cat, a cat who thinks he is a dog . . .
you get the picture). When she’s not writing, she can usually
be found looking for something to read.