I am planing to read this Book.
Check back for Review after release day
I hope you enjoy this book. If you do like this book, please consider leaving a review. The Authors really like it when you do, they value your opinions too.

HOW FAR WILL A MAN GO

Talented but troubled, the Chandler family seems cursed by
bad luck—and so Nathaniel Chandler has learned to trade
on his charm. He can broker a deal with anyone from
a turf-mad English noble to an Irish horse breeder. But
Nathaniel’s skills are tested when his stable of trained
Thoroughbreds become suspiciously ill just before the
Epsom Derby, and he begins to suspect his father’s
new secretary is not as innocent as she seems.

TO WIN A WOMAN’S SECRETIVE HEART?

Nathaniel would be very surprised if he knew why Rosalind
Agate was really helping his family in their quest for a Derby
victory. But for the sake of both their livelihoods, Rosalind
and Nathaniel must set aside their suspicions. As Derby Day
draws near, her wit and his charm make for a successful
investigative team…and light the fires of growing desire.
But Rosalind’s life is built on secrets and Nathaniel’s on
charisma, and neither defense will serve them once they
lose their hearts…

When the farmer had led his chestnut away again, Nathaniel dangled the medal before Rosalind’s face. “Look there, Rosalind Agate. I’ve finally won a medal, and I didn’t even have to tidy myself up for a meal.”


“Or arise early.” At the end of its white ribbon, the medal turned in a slow breeze. It was a small circle of some silver metal, maybe tin, buffed to shine and catch the eye. “It’s pretty,” she said. “I’m glad he gave it to you. He wouldn’t have won without your help at the right moment.”


“Oh—well.” He shrugged this off, then stuffed the medal into the pocket of his waistcoat, from which the ribbon poked out alongside his fob. “This is a pleasant village, isn’t it? If home felt like this, I mightn’t be so eager to take to the road.”


“And how does it feel to you?” She couldn’t seem to stop asking questions. Her tidy control was packed away. Today she was a woman who danced, and who owned a ribbon so green it would bring a man to his knees.


The thought made her smile as she blinked up at Nathaniel. His eyes were blue, as blue as the Suffolk sky in springtime. She had learned the shade of their brightness.


Slowly, he smiled. “It feels,” he said, “like the sort of place where a man might kiss a woman with a crown of red flowers in her hair.”


Her heart thudded a bit faster; her knees went watery. “It does feel that way,” she whispered. “To me too.”


He tipped up her chin, his hand strong yet gentle along the line of her jaw. “Thank God for that.” And there in the shadow of a building once devoured by flame, he lowered his lips to hers.


Once their lips met, Nathaniel could not imagine how he had waited so long to kiss her.


Oh, there were reasons on reasons not to. She was his father’s secretary, and he had some sort of business arrangement with her about…something…


The soft, almost hesitant curve of her mouth before he covered it with his own.


The surprised inhale that smoothed into a hmmm of pleasure.


The sweet-spiced taste of her as her lips parted, letting them fit together more deeply with his. As the tip of his tongue brushed hers, setting them both to shivering, he tasted the candied almonds. He tasted the heat of her and breathed in her scent. She was flowers and laughter and all the joys of a muddled morning. Of a race won. A medal for doing what was right.


Her hands wound around his neck, nails trailing lightly through his short-cropped hair. He could have groaned at the feeling, gentle and intimate, and he bent to wrap her more closely within his embrace. His hand trailed from her face to her shoulder to her back to fit her close to him. To press against her, solid and smiling and crimson-crowned and lovely.

Goodreads
The Sport of Baronets (Romance of the Turf, #0.5)

A Gentleman's Game (Romance of the Turf, #1) 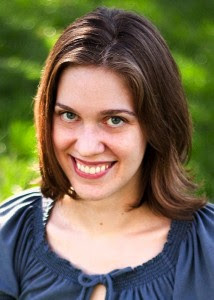 Theresa Romain is the bestselling author of historical
romances, including the Matchmaker trilogy, the Holiday
Pleasures series, the Royal Reward series, and the
Romance of the Turf trilogy. Praised as “one of the rising
stars of Regency historical romance” (Booklist), her highly
acclaimed novels have been chosen for the Smart Bitches
Trashy Books Sizzling Book Club, featured in
the DABWAHA tournament, and deemed “Desert Isle
Keepers” by All About Romance. A member of Romance
Writers of America and its Regency specialty chapter The
Beau Monde, Theresa is hard at work on her next novel from
her home in the Midwest.

Theresa is very, very happy to be represented by the very,
very awesome Paige Wheeler of Creative Media Agency, Inc.

Want to chat about books? I’d love to hear from you!

Send me an email at