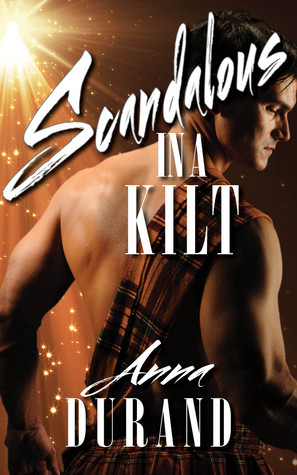 A free-spirited American. An uptight hot Scot. When passion
ignites, no rules can survive the heat.

An office drudge by day, a free spirit by night... For Emery Granger,
getting laid off from her job as a computer programmer liberated
her from imprisonment in an office cubicle. The problem? She has
no career and almost no money. Desperate to forget her quandary
for one weekend, she takes off on a spontaneous trip to New
Orleans -- where the unconventional American collides with a
sizzling-hot Scot.

Uptight lawyer by day, steamy seducer by night… After surviving
three disastrous failed marriages, Rory MacTaggart has no desire
to get entangled in another relationship. But with his two brothers
now living in wedded bliss, he’s enduring the well-meaning
pestering of his entire family. Rory’s solution? Get himself a trophy
wife.

A one-night stand leads to a marriage of convenience, and a
culture clash when Emery must adjust to a new life in Scotland
and her new husband's need for rules. When Rory’s ordered life
explodes, the reluctant husband may just have met his match in
the passionate, adventurous wife he swears he will never love.

Scandalous in a Kilt is the third book in the award-winning,
bestselling Hot Scots series of contemporary romances. Catch up
with the MacTaggarts in the first two books, Dangerous in a Kilt
and Wicked in a Kilt.

Holy hell what a book! This is an extraordinary story. It is so
completely well written and thought through.

This is the 3rd book in the series if you have not read the first
2 books do not worry these books can be read as a
standalone. But this review may give away some spoilers as
there is a back story in the book. And it mentions others from
the first few books. I so cannot wait to read the next book

This is Roy's story and how he met and fell for Emery. They
meet in new Orleans and out of all the girls in the bar it's
Emery that grabs his attention and after one night he decides
he wants her to be his not so fake wife to get his family of his
back. But his ordered world is not ready for an. She is
slowly changing him. His past marriages have shaped him.
And what they did was so wrong. But when scandal
threatens to ruin it all. Now he just needs to figure out how he
truly feels for her or he may like the best thing that has ever
happened to him. 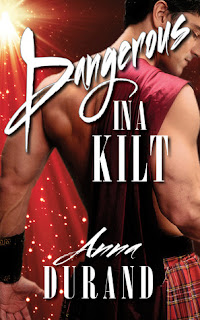 Dangerous in a Kilt (Hot Scots #1) 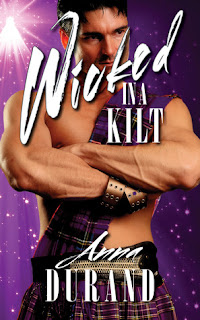 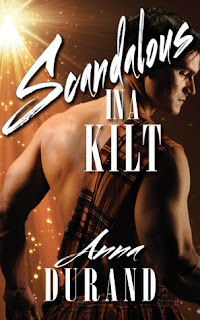 Scandalous in a Kilt (Hot Scots #3) 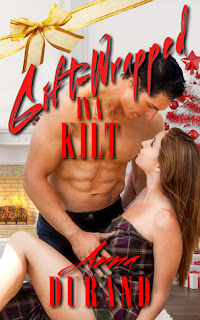 He slanted forward a touch, and the light gleamed on his short, light-brown hair, setting off golden highlights. “College graduate, eh? I found an intellectual woman to bide my time with. What was your field of study?”
Ech. This was where I lost a lot of guys. Supposed I could’ve lied, but I preferred to tell the truth, even to a gorgeous stranger from another country. Besides, I wasn’t embarrassed. I didn’t want to scare off a hot prospect, though.
I sat up straight, hands on my thighs. “Computer programming.”
“Ah,” he said, drawing out the single syllable as if he relished the taste of it. “You expect me to be less than impressed.”
“My occupation isn’t the stuff of men’s wet dreams, now is it?”
His throaty chuckle shivered along my skin like a physical touch. “I prefer professional women. And anyway —” He bent toward me, so close his breaths whispered over my lips. “You’ll be featured in all my dreams tonight.”
My throat went thick, my skin tightened. I’d come to New Orleans for excitement and adventure, an escape from my boring life, to shed my corporate skin and let my wild side out to play. Why not flirt with a stranger? Naughty flirting, no less.
Excitement zinged through me, an electric current like nothing I’d experienced in a long, long time. You’re overdue, girl, go for it.
“Tell me,” he said, “what is a beautiful, intelligent woman doing all alone in a bar? You should have a horde of men slavering to do your bidding.”
“I got into town this evening. Haven’t had a chance to drum up a horde.” I wiggled on my seat to angle toward him. Our faces hovered deliciously close, and I pulled in a deep draft of Scot-scented air. Crossing my legs, I lay an arm on the bar while my other hand rested on my thigh. “Would you do my bidding?”
The part of me that conformed to expected behavior winced. The other part of me, the one I kept quiet most of the time out of necessity, thrilled at the prospect of… whatever I was doing with this man. 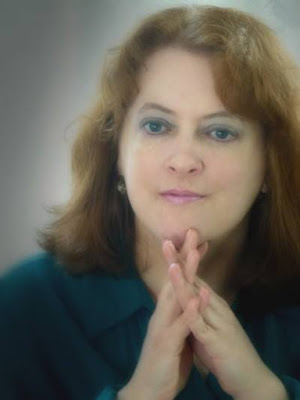 Anna Durand is an award-winning, bestselling author
of sizzling romances, including the Hot Scots series.
She loves writing about spunky heroines and hunky
heroes, in settings as diverse as modern Chicago and
the fairy realm. Making use of her master's in library
science, she owns a cataloging services company that
caters to indie authors and publishers. In her free time,
you'll find her binge-listening to audiobooks, playing
with puppies, or crafting jewelry.