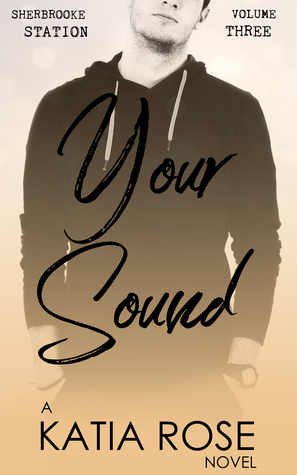 Molly Myers is just your average groupie next door.

The rock star whose posters cover her bedroom wall is
banging her roommate right on the other side of it. Even for
Molly, reigning queen of embarrassing moments, the
situation is epically awkward. Every thump of the headboard
is just one more reminder that the lead singers of famous
bands don’t date bumbling shy girls too anxious to leave their
own rooms.

JP Bouchard-Guindon wasn’t looking for Molly’s room when
he accidentally burst through the door, but the wild-haired girl
lying there in her underwear was certainly worth the detour.

As the keyboardist for Montreal’s latest indie rock sensation,
JP has met his fair share of fangirls. He’s always ready to
throw up some finger guns for a photo. What he’s not ready
for is the way skittish, wide-eyed Molly Myers gets stuck
inside his head.

A practical joker and a social recluse are the last people
anyone expects a connection between. She’s silence aching
for a voice, and he’s sound with a craving for quiet. Their
differences will either pull them together, or fracture their
worlds when they push them apart.


Your Sound is part of the Sherbrooke Station Quartet, a
series of steamy rock star standalones
from author Katia Rose.

That was awesome! Man what a book! This is an
extraordinary story. It is so completely well written and
thought through. I could not put it down. I found myself
reading it straight through in one sitting. This is the 3rd book
in the series if you have not read the first 2 books do not
worry these books can be read as a standalone. But this
review may give away some spoilers as there is a back story
in the book. And it mentions others from the first few books.
I so cannot wait to read the next book


This is JP and Molly’s story. Molly is Stephanie’s friends from
the last book. JP Watson and Molly while trying to find the
restroom after a night out with Ace and Stephanie. Is a
matter of a few moments so he’s able to bring more out of
the shy girl that anyone else has ever been able to. One
night after party when he discovers her artwork he is floored
by the design she has come up with. And he shows it to the
record label in hopes of hiring her. It seems progressed and
they become close it seems like everything’s going to be fine
seriously seems to be able to draw the shy girl out of her
cocoon. But unfortunately JP is hiding a secret and it is a
secret that eventually throws things all cattywampus. JP has
problem that he has been hiding all of his life, he’s been
taught to hide it did it just may be the thing that ruins what he
and Molly have. I just hope he figures out in time how to see
the relationship he has with Molly.

I really have to piss.
​
“Ace!” I shout, to where he’s walking ahead of me with his arm around Stéphanie. “I really have to piss!”
​
He looks back over his shoulder, tilting his head down so he can glare at me over the top of his Ray-Bans. I too am wearing Ray-Bans, only Ace’s came from the Ray-Ban store, and I got mine out of a bargain bin at a thrift shop. That’s also where I got the muscle shirt I’m wearing, which has a picture of some eight pack abs printed on the front.
​
When I walked into the park today, Ace said I was an embarrassment to the human race. I, on the other hand, like to think that the human race is lucky to have me, and this stylish and hilarious shirt is just one of the many reasons why.
​
Perspective, my friends. It’s all in the perspective.
​
“How is that relevant to my life right now?” Ace calls back to me.
​
I stop and think about that for a moment, then shout, “Stéphanie! I really have to piss!”
​
She stops walking, forcing Ace to stop too. When she turns around, she’s laughing and shaking her head. I have that effect on most women.
​
“Is that relevant to my life, JP?” she asks, beaming at me.
​
She beams at most things. She’s like a human flashlight, this girl. The last person any of us expected Ace to get it on with was a smiley blonde ballet teacher with a thing for meditation, but almost a year has passed now, and the moody son of a bitch is still prancing around after her like she’s the reason the sun shines.
​
“Ouais,” I answer her. “Est-ce que je peux utiliser votre toilette, Madame?”
​
Stéphanie is Québécois like me, but even though Ace can understand us perfectly—fuck, his French grammar is better than mine—she still answers my request to use her bathroom in English. We’re only a block away from her apartment building now.
​
“Of course. Just don’t break anything, okay?”
​
I put a hand to my chest. “Madame! Are you saying you don’t trust me?”
​


Ace throws me some more shade over his sunglasses. “You broke Youssef’s showerhead at his birthday party last week, when you decided to present him with the gift of a ‘sexy shower show’ at two in the morning.” He looks at Stéphanie and whispers, “Don’t let him in.” 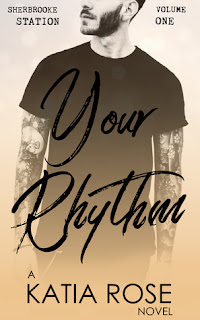 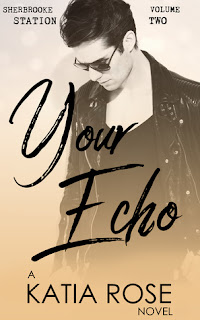 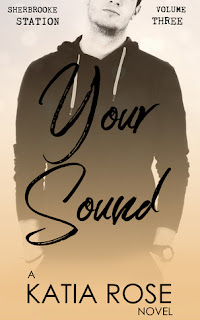