Paranormal Dating Agency:
The Dragon with the Girl Tattoo
by Julia Mills

Published May 30th 2017
by Kindle Worlds 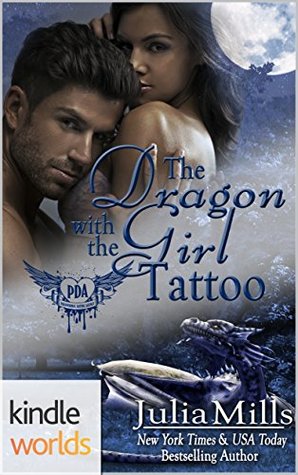 Geraldine Wilder is an interspecies matchmaker with a 100%
success rate. Human, feline, canine, bear, dragon or alien – Gerri
can help anyone find their perfect match. But every relationship,
especially an interspecies romance, has obstacles to overcome.
What forces are standing in the way of someone’s Happily Ever
After? And who is next in line to find their paranormal soulmate?
Now it's your turn. Pick up the phone, give Gerri a call, and match
these fun characters with the people (or creatures) they least expect.

Lennox O’Lachtnáin, affectionately known as the Mad Bomber,
would rather blow himself up than go on another blind date
orchestrated by his well-meaning brethren. It was bad enough
when they saw him crash and burn with the sexy doctor from
Max’s Pride, but now they’ve all been witness to a string of failed
first dates and botched meetings the likes of which no doubt have
his ancestors turning in their proverbial graves. Fate was messing
with him, BIG TIME, and he’d had enough.

One drunken night with his brethren to drown his sorrows and
Lenn has a new tattoo, his head’s beating like a bass drum, and
there’s a raven-haired beauty in his bed who makes his heart race
and his dragon send smoke signals. There’s only one problem…s
he won’t wake up.

Cue the handcart to Hell…

Did Fate have to throw one more curve ball into his quest for a
happily ever after? Well, of course She did. Did the Universe really
have such a perverse sense of humor? Absolutely, no doubt. And
who in the Heavens is this tiny platinum-haired woman who
refuses to take no for an answer? Did she say something about a
dating agency for paranormals? No way...time to get off the ride.

His one night stand has left him with more than new ink. Lenn has
no doubt the sexy siren is his mate, the one created just for him,
the other half of his soul…but there’s no way in Heaven or Hell
he’s mating one of her kind. Nope, it’s just not happening. Alone is
better than eternity with…with…that. There’s only one answer…
blow something up and have another beer.

The Universe does make mistakes. Fate will be denied…or will it?

Holy freaking Gods what a book! This was one Amazing Story.
The original series is a Kindle World by Millie Taiden. And I have
to say Julia Mills has done a wonderful job of portraying Gerri
Wilder in her book. This book is so well written and thought
through. I can't wait to read more of her Dragon guard series.

This book is about Lennox and Tessa. Boy did she knock this big
Burly dragon on his butt. When he finally sees his one true mate he
is so taking that he gets a tattoo of her on his arm. But she is so
startled when they first meet she runs. but as you know once Gerri
puts them together, they are stuck with each other forever. But as
they finally reconnect and end up in each other's arms. His past
rears its ugly head and messing everything up. Unfortunately it is
something that happened to his parents and he ends up blaming
his new mate for it. I so wanted to whack to him upside the head.
thank God Maddox did it for me. Hopefully he will learn his lesson
and win her back. When they find out who the  big bad is so you
will be shocked. 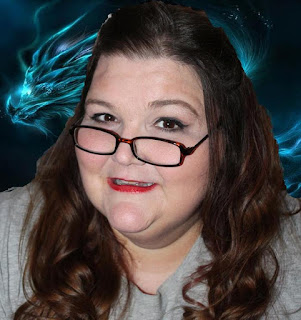 I am a sarcastic,sometimes foul-mouthed, not afraid to drink a beer,
always southern woman with 2 of the most amazing teenage
daughters,

a menagerie of animals and a voracious appetite for reading who
recently decided to write the storied running through her brain.
I read my first book, Dr Suess' Cat in The Hat by myself at 4
and was hooked.

I believe a good book along with shoes, makeup and purses will
never let a girl down and that all heroes of all the books

I have ever read or will ever write pale in comparison to my daddy!
I am a sucker for a happy ending and love some hot sweaty sex
with a healthy dose of romance.

I am still working on my story but believe it will contain all of the
above with as much SPICE as I can work into it. CHEERS!