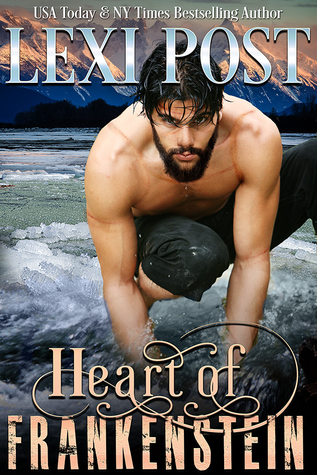 Can a monster find love?

In 1718, he was abandoned then betrayed, spurring his relentless
desire for revenge against his creator, Victor Frankenstein. It is now
the 21st Century, and despite his fervent wish for death, he still
exists, tortured by his crimes, searching only for peace.

Angela Ellis would have frozen to death in the harsh Alaskan
wilderness if not for the man who found her on an icy ledge. He
calls her Angel, but has no name himself. He is kind, caring,
handsome, and scarred both outside and inside. The more she
learns about him, the more she wants to know…and the more she
falls in love.

He is unworthy of love unless he can confess, but his secrets are
buried deep and to reveal them would be to rip out his soul and
lose his Angel. Unfortunately, he is given no say in the matter.
Nature has a way of revealing all.

Wow what and amazing story! This was an
extraordinary story. Completely well written and thought
through. I so would love to read more about them.

This is Angela or Angel's story as he calls her. He is
Frankenstein’s creation. I would say monster but he is
far from what Mary Shelley wrote about. To think that
whole story could be real. When he finds her almost
frozen to death he swears he has found an angel. She
is in bad shape and totally depending on him. But she is
enamored with him even though he worries she's going
to be afraid of him. So he tries very hard to hide his
scars. But she still sees them without him knowing. And
she is not afraid, she doesn't think him a monster and
most of all she loves him. But every time she asked him
his name he doesn't answer her. You see Victor never
gave him a name. But the good folks around town have.
She still doesn't know until one fateful day that he is in
mortal. And when she finds something that really scares
her. And she runs thankfully her brother is in town and
she finds him. But will she be able to overcome her fear
and go back to the only man she's ever loved. Oh if you
want to find out his name you're going to have to read to
find out because every Alaskan Bushman has a name,
but they have earned it. The trick is getting them to tell
you how the earned said name.

Now before I ruin this for you I will leave off. I hope you enjoy
this book as much as I did. If you do like this book, please
consider leaving a review. The Authors really like it when you
do; they value your opinions too 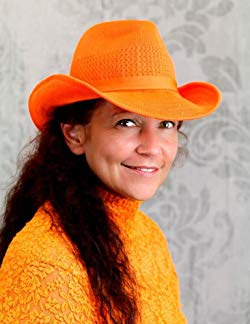 Lexi Post is a New York Times and USA Today best-selling
author of romance inspired by the classics. She spent years
in higher education taking and teaching courses about the
classical literature she loved. From Edgar Allan Poe's short
story “The Masque of the Red Death” to Tolstoy’s War and
Peace, she's read, studied, and taught wonderful classics.

But Lexi's first love is romance novels. In an effort to marry
her two first loves, she started writing romance inspired by
the classics and found she loved it. From hot paranormals to
sizzling cowboys to hunks from out of this world, Lexi
provides a sensuous experience with a “whole lotta story.”

Lexi is living her own happily ever after with her husband and
her cat in Florida. She makes her own ice cream every
weekend, loves bright colors, and you will never see her
without a hat.