Everything by Melissa Pearl
COVER REVEAL 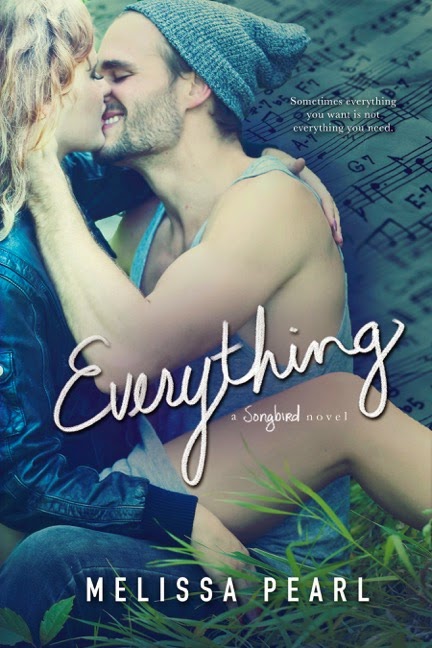 Jody Pritchett had a dream...but life had other pla
ns. Instead of singing and dancing
on Broadway, Jody's a twenty-year-old single mom, l
iving at home with her
disapproving father and overbearing sister. The cho
ice to keep her little Angelia
came with a high price and although she adores her
baby girl, it doesn't take away
the sting of kissing goodbye her chance at a career
on the stage.
Leo Sinclair had his own dream...but got lost along
the way. After a failed marriage
that left him hollow and downtrodden, the Australia
n songwriter wonders what joy
his future could possibly hold. Encouraged by the o
ne family member who doesn't
think he's a failure, Leo decides to stop living th
e life everyone expects him to and
start chasing his dreams again.
When the perfect opportunity comes knocking, Leo le
aves Australia behind and
hops a flight to LA. With his sights set on selling
a musical to a Broadway producer,
Leo is determined to finally realize his life-long
dream. But life gets in the way again,
when he spots a young mother outside his apartment
in tears. He never realized
how one person, one voice, and one Angel could have
him contemplating
abandoning his dreams once again.
As these two burned hearts wrestle to overcome thei
r past struggles, Leo and Jody
must decide which dreams are worth clinging to...be
cause, sometimes, everything
you want is not everything you need.

Melissa Pearl was born in Auckland, New Zealand, bu
t has spent much of her life
abroad, living in countries such as Jordan, Cyprus
and Pakistan... not to mention a
nine month road trip around North America with her
husband. "Best. Year. Ever!!"
She now lives in China with her husband and two son
s. She is a trained elementary
teacher, but writing is her passion. Since becoming
a full time mother she has had
the opportunity to pursue this dream and her debut
novel hit the internet in
November 2011. Since then she has continued to prod
uce a steady stream of books,
ranging in genres from Fantasy to Contemporary Roma
nce. She loves the variety
and is excited about the books she has coming up in
2015.
"I am passionate about writing. It stirs a fire in
my soul that I never knew I had. I
want to be the best writer I can possibly be and tr
ansport my readers into another
world where they can laugh, cry and fall in love." 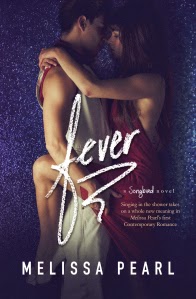 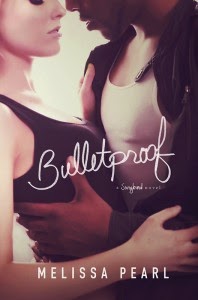