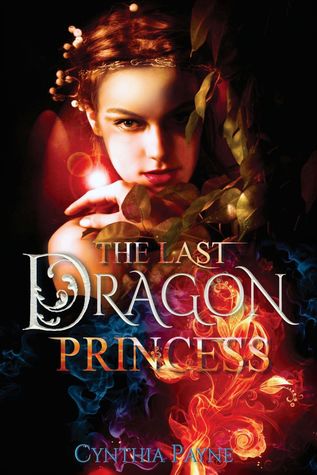 Her birth was an act of treason.
But now she’s their last hope.
Born with the marks,
She must choose the next King,
And stand against the Gods

On this world, the created have turned against their Creators. War has raged for generations – the Creators fight to regain their power over the Hisgeii, and the Hisgeii strive to escape enslavement and claim the world as their own. Some Hisgeii are born with intricate, branching red marks on their backs. The marked men are called Shifters and can transform into dragons with magical abilities specific to their caste. The female marked are called Breeders and are treated as royalty amongst the Hisgeii.

Danu is one such Breeder, though her markings came with a steep price. She has recently come of age, and in order to become Queen, the Council has commanded her to choose a mate to be her King.

Danu is of the last generation of Hisgeii with any hope to defeat their would-be enslavers. With time running out, she must navigate the heated political climate, learn what it means to be a marked member of the lowest caste, decipher the complex and torrid history of the war between the Hisgeii and the Creators, differentiate between outright lies and mere twisted stories of ancient legend, fight alongside a flock of dragon Shifters against powerful aliens believed to be immortal gods, deal with a rogue Shifter whose body bares unusual scars, and unite with a mate to decide on the future of her people.

Seems easy enough… except she has only two weeks to do it.

“The Last Dragon Princess” follows Danu as she seeks to lead her people, find her place, and choose a love to balance her as she takes the throne. Fans of dragon shifter fantasy, reverse harems, Greek mythology, and fast-paced adventures loaded with romance and political intrigue will love this unexpected and one-of-a-kind epic novel.

This is a standalone novel with NO cliffhangers!

Holly Hell what a book! This is a phenomenally well written
and thought out book. It was such a joy to read.  It had this
wonderful flow to it and I had a hard nearly impossible to put
down. Hence me writing this review at the crack of dawn.
This is the first book by Cynthia Payne, but you cannot tell.
This book is amazing.

This is Danu's story. I know I normally tell you the other
character, but I will not tell you her love interest as it needs to
be a surprise. Needs some mystery left to the story. Danu
has just two weeks to pick a husband and the future king.
There are so many to choose from. And her adviser wants
her to pick Hagen and her heart wants Pan, but he dose not
want to be king. Then there is Gram. He is a spark and they
feel he should not king the upper class says. But she is so
torn by all seven to choose from. Who she picked was such
a surprise. I just sat there going wow. Did not see that one
coming. And the worst of it is there is a war and the creators
are preparing to  kill them. So do the fight or wait? But when
she looses the person she cares about the most, she looses
it and man are you in for a surprise. I wish their was more to
the story about her life with the father of her children.
As I hated for it to end. 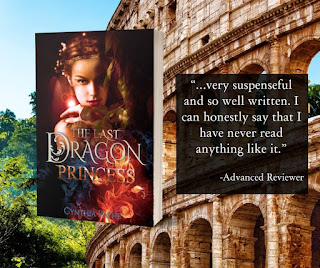 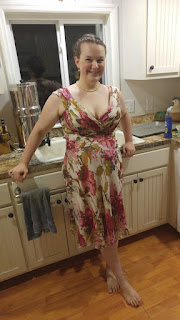 Hi there! I'm a hobbyist writer and author living with my hubby in Beaufort, South Carolina. Most of the time I'm chasing after my twin toddlers, but to stay sane I type away at my keyboard during nap times and evenings.

I'm 33 years old and have a Bachelors in Biology from the University of South Carolina, Beaufort. I met my hubby at college when I was delivering pizzas to pay for books and gas. After graduation I served as a Deputy Sheriff specializing first in Animal Control and then in Forensics.

I started my debut novel in the Spring of 2018. It will be published in October of this year and you can read the first chapter on my "The Last Dragon Princess" page