★★★ Review & Release Blitz For COMING OUT by Seven Slade ★★★

I am having a hard time with how to say how much I loved
this story. How do you put into words, a feeling? This book
left me weepy(In a good way), in Awe of a wonderful Love,
and laughing like a loon when Tamsyn Took her revenge, on
Rodrigo’s latest bully. So since I cannot put it one word I’ll
Just say” this book left me feeling great”.  Now, this is not
your typical love story. It seems our Heroin and Hero of this
book where the last ones to see, what was right under their
noses and in there heart’s. Tamsyn and Rodrigo have been
friends since well forever. And both are starting to realize
they have more than friendly feeling for one another. As
Rodrigo put it he can’t stop thinking of boobs, and for a gay
guy that’s just weird. LOL. But just when he starts to have
these feelings, a chance of a lifetime is thrust into his hands.
Simon the lead singer of a band Rodrigo loves. And Rodrigo
has had a crush on him for years. Now it seems Simon is
interested in him. And he is torn, between his dream man
or the love of his life and friend. How will he ever choose?
It all comes down to one or maybe two kisses.
But will they be able to handle all the fall out.

If you read and enjoy this book, please consider leaving
a review. The Authors really like it when you do;
they value your opinions too.

A long time ago, on a playground far, far away, an awkward
boy with two mothers and a penchant for pink shirts shook
a tough girl’s hand over the rattled frame of a deposed
playground bully.

Tamsyn promised to be Rodrigo’s bodyguard if he’d draw her
pictures of girls wearing superhero capes. Rodrigo
promised to be Tamsyn’s buddy if she’d let him braid her hair.

A deal, struck. A partnership, forged. And the timid gay boy
and the fearless straight girl became inseparable.

Now college graduation looms, and Rodrigo questions his
place in the world. He has no boyfriend. No job. And
a sudden—arousing—fascination with the female body.
Correction: with Tamsyn’s body.

Then one night, a golden ticket from a broken piñata
introduces him to the man he’s wanted for years. Now he’s
torn between pursuing these strange feelings for Tamsyn
or following the guy of his dreams.

If love doesn’t break them up first. 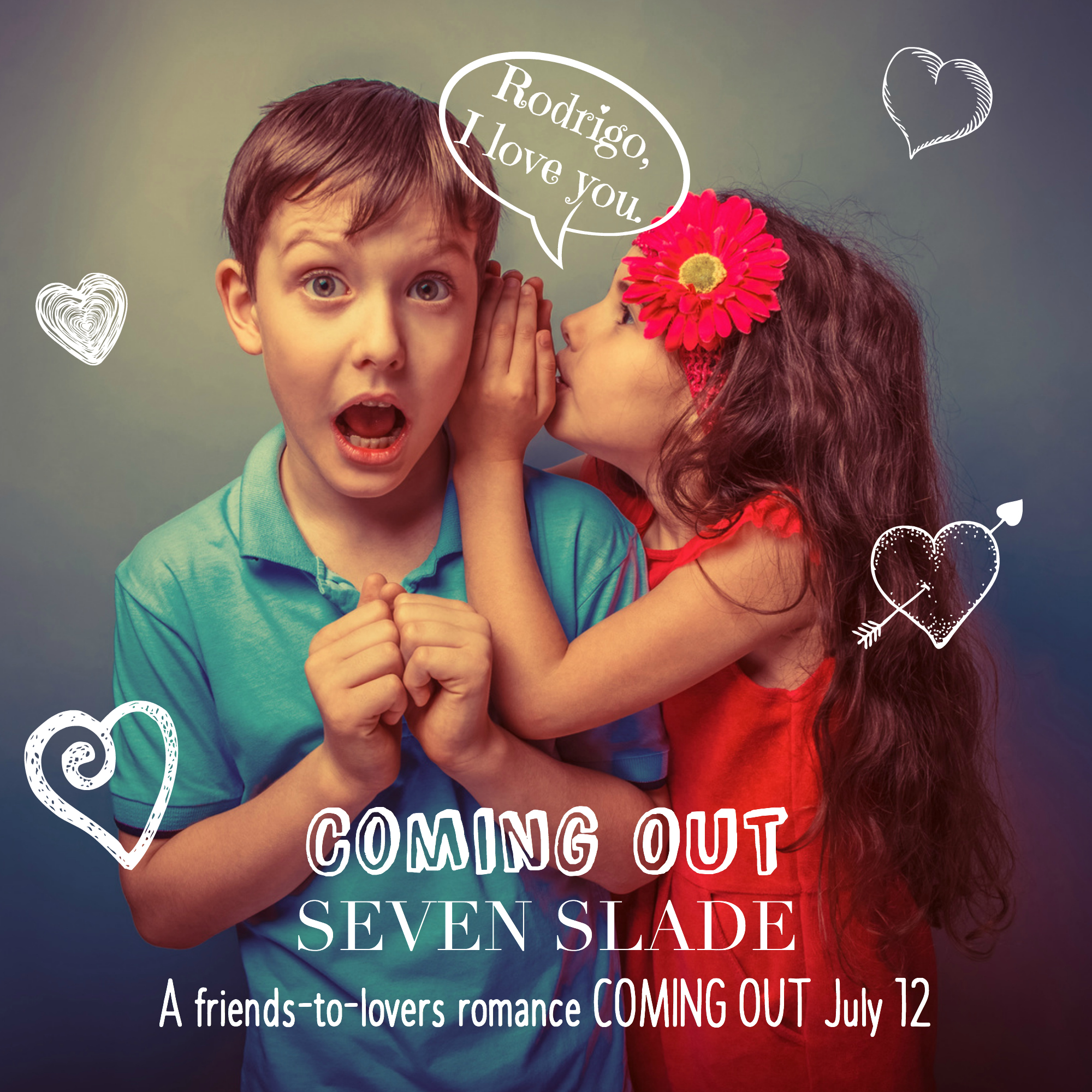 Seven Slade is the seventh Slade of seven Slades. A native
of the seventh largest city on one of the seven continents,
Seven is seven times more likely to eat tacos on a Saturday
than on a Tuesday. Seven wrote seven other books as
someone else you may have heard of, but don’t let that
distract you. It’s totally irrelevant.
Seven’s favorite number is eight.