Contemporary fantasy author, Rhenna Morgan, is back
with her latest Eden Series novel, WAKING EDEN.  Join
the fun and help Rhenna celebrate WAKING EDEN’s
upcoming release with pre-release tour reviews,
excerpts, and more! Don’t forget to participate in the tour
giveaways, too! See below for details! 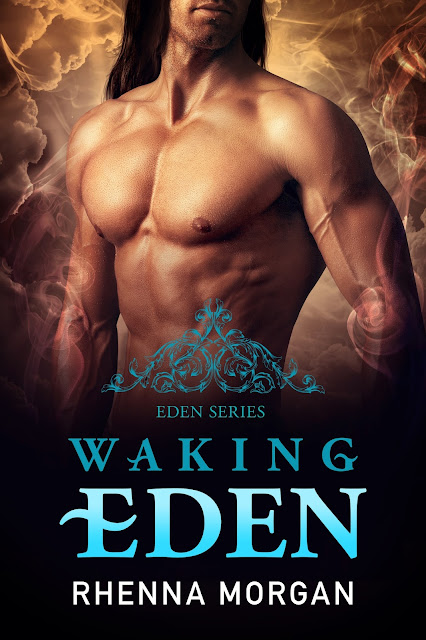 The only hope of saving their race
is to surrender their hearts.

With a long foretold and annoyingly vague prophecy warning
of immense change for Eden Ramsay Shantos is forced to
hunt words and legends instead of rebels. For a man of
action, it’s the worst kind of agony. Until he encounters a
sexy librarian who bears the fated prophecy’s mark. A mark
no human should possess.

Tortured by her mixed heritage, Trinity Blair has enjoyed little
human touch in her life, let alone intimacy. Even the most
innocent contact fills her mind with a person’s deepest,
darkest secrets—except for Ramsay. Her immunity to his
thoughts sparks a fragile hope that she might finally
experience the passion of her Dark Spiritu brethren…unless
he’s the dangerous crossroads her father predicted.

When knowledge of Eden goes viral in the human realm,
Trinity is Ramsay’s only hope for quelling mass panic. Can
he brisk revealing the secrets of his race to the guileless ray
of sunshine? Or is she the unknown source of Eden’s destruction?

Oh My God! Can these books get any better? I loved this
book so much. I cannot say it enough Rhenna Morgan can
right one hell of a book. And this one is no exception. Now if
you have not read the first 2 books, get them as even though
this is about a different couple the storyline in the back
would be hard to follow. I would get them all to.
As you will have to know what happens next.

This book is Ramsay’s book and his mate Trinity. I felt so
bad for her, not being able to touch anyone her entire life,
just thinking of it gives me chills. I would not have wanted
to live like that. But when she meets Ramsay and knocks
him on his ass, latterly knocks him out. I have to say it may
be worth it. She is a a wonderful person, but when she get
hurt and Ramsay heals her, it sets a series of events
in motion that no wane can stop. Not even a terrible loss
trinity has to suffer. And when she goes to do what she
thinks is right, her only hope is that Ramsay can get
to her in time to stop it.

We finally find out what the prophecy is all about in this book
and man it was a dozy. I so can not wait for the last book to
see who the rough and tumble stern Somo Ludian’s mate
turns out to be. It is going to take a special person for him.

Now before I ruin this for you I will leave off here.  I hope you
enjoy this book as much as I did. If you do like this book,
please consider leaving a review. The Authors really like it
when you do; they value your opinions too 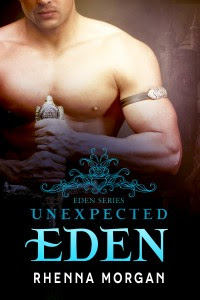 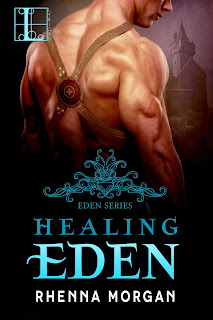 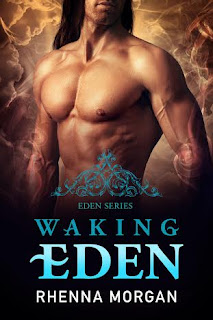 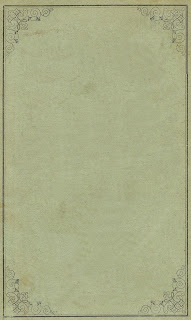 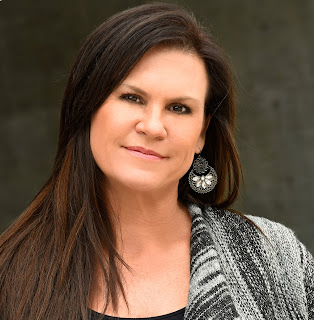 Rhenna Morgan writes for the same reason she reads—to
escape reality. Yes, her life rocks—two beautiful little girls,
a great husband, a steady job, and the kind of friends that
would take you out back if you hurt her. But, like most
women, she’s got obligations stacked tight from dusk to
dawn. So, when theworld gets her down, she slips into
something…less realistic. Romance is a must. So is a
steamy romp (or four). Nothing thrills her more than the
fantasy of new, exciting worlds, strong, intuitive men, and
the sigh of, “Oh if only that could happen to me.”

So, if you’re picking up one of her books, expect portals into
alternate realms and men who’ll fight to keep the women
they want. Romantic escape for the women who need it.