The daughter of a renown media mogul, Poppy
Koslowski has her life turned upside down overnight
when her father is indicted for a massive fraud that
leads to the loss of her family’s fortune. In the wake of
the scandal, Poppy moves to Paris at the behest of her
aunt, the Countess Domel, who, unbeknownst to
Poppy, intends to find a wealthy husband for her niece
in order to ensure her future. Poppy, however, has her
own dreams of finishing school and realizing her goal
of becoming an award-winning journalist. When she
meets Henri Olin, the passionate and seductive
illegitimate son of one of France’s most powerful
politicians, his political and social ideology introduces
Poppy to a world very different from her own. Yet,
Poppy ultimately learns that everything comes at a
price, even love. After suffering a devastating loss,
Poppy finds herself alone and virtually penniless, and
is forced to make her way back to America to piece
together the remnants of her life in New York City.
There, she rediscovers her passion once again, only
to be confronted with yet another life choice, one that
will forever shape her destiny.

I do not know what to say. I am an emotional wreck after
reading this book. So just a word of warning so you are
prepared. This book is so packed with emotions. You can feel
them. And some are good but some are gut-wrenching.
Make you want to scream at the book. But when an author
can make you feel this way, she is truly someone special.

This book is about Poppy  a young woman in the late 70’s
that fall in love and goes through so many bad things. But
finding love can be hard. And sometimes it is not all
fairy-tales. As I was taken along on this journey with poppy
I felt so much for her. This young woman has been though
hell, but has pulled herself up and started over on her own.
Fist her father going to jail and then falling in Love with
Henri to only be left all alone with nothing after losing the one
thing any woman would never want to lose. She feels like
her life is finally on track and that just maybe she can get it
back. Only to learn she may never find it. I can not wait for
book two to find out how it all ends.

Previous books in the series: 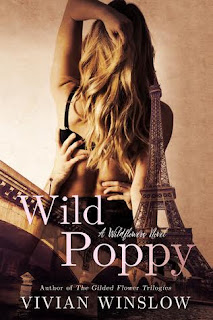 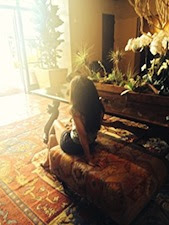 Vivian Winslow was born and raised in Southern
California. Before becoming a writer, she made a
career out of moving around the world every couple of
years thanks to her husband’s job and her incurable
wanderlust. She currently lives in New York City with
her husband and two elementary school age children,
and is grateful to finally have a place to call home for
more than two years.

New York is the perfect city to indulge her love of
fashion, the arts and especially food. If she’s not at
home writing or running around the city with her kids,
you’ll most likely find her eating at the newest
restaurant in her beloved Lower East Side or having
a cocktail at her favorite bar in Alphabet City. That said,
she’s still a California girl at heart and would gladly
trade in her heels for a pair of flip-flops to catch
a sunset on the beach.