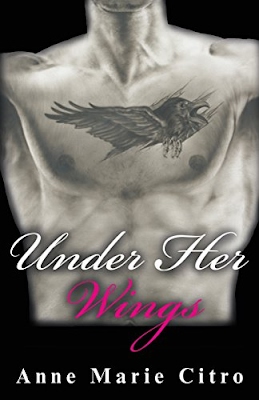 Wishing for death while living through hell, Gabriella is
rescued off the rocks of a Scottish loch at the lowest
moment of her life by the hot, humorous Edward and the
sexy, staid Liam. The two men nurse the despondent
woman back to health while teaching her how to pick up
the pieces of her life. Both are captivated by her and vie
for her attention.

Friendships are formed and secrets revealed. One man
will become her lover, while the other becomes her best
friend. Together, they have a past they cannot change,
a present they must live through, and a future yet to be
discovered. However, every time things appear to settle
down for the trio, fate deals another blow, testing their
trust and faith in each other and the love they have created.

Gabriella discovers the beauty of Scotland and life anew
as she learns that trust is a two-way street that can either
strengthen bonds or destroy relationships. Will she accept
all that she learns or continue to believe she is betraying
the memories she ran from?

This is one wonderful book and needs to come with the
box of tissues. It starts with a horrible loss. That is dealt
with so well. This is so well-written and so beautify told.
I cannot wait to read more by Anne Marie Citro.

What an amazing story of loss and love. Yes that is right
this book starts with loss and then finds love. And deals
with how badly it can affect you. It starts with Gabriella
being found on a rock on the side of the loch. Shivering
in the cold rain as lost as one can be. And she has totally
given up on life. And even though Edward and Liam are
helping Gabriella she is helping them heal as well. Now
this book is not a ménage story. So you can forget that
right now. She only falls for one and I do mean one of the
men the other is like a brother to her. And he is the best
kind of brother too. When tragedy strikes they are all
thrown, but rally to help each other thought it. And by
going though it they all become closer together and
Gabriella even helps her new brother find love again.
I won’t say how but you will be so happy when he finds
love again. This book had me laughing at Edwards antics.
And god how I fell in love with twins. As well I so how you
Even though she thought she was saving her but she not
only saved Liam but Edward learned truly what love was.
do too. And now she may have lost her love but has found
one as well.


Now before I ruin this for you I will leave off here. I hope
you enjoy this book as much as I did. If you do like this
book, please consider leaving a review. The Authors
really like it when you do; they value your opinions too.