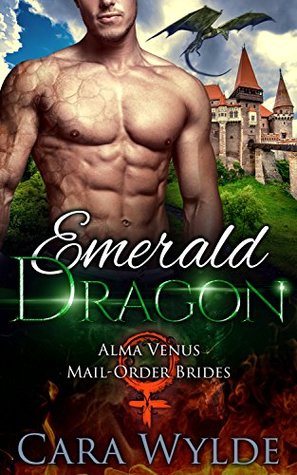 Shy and curvy Jade Summers has almost lost hope she
would ever get her happily-ever-after. After all, she was never
lucky in love, so why would she be now? She came at the
Alma Venus Agency for Mail-Order Brides because she
thought shape-shifters made better husbands than human
guys. Now, she isn’t sure anymore…

Dragon-shifter Kaden Grimmr needs a bride. And fast. He’s
the Alpha of the Emerald Wing, and he believes it’s time to
divide his father’s clan and take his dragons to a new place
and a new future. The problem is that his father, Calder
Grimmr, refuses to give him his blessing unless he gets
himself a mail-order bride so he’d one day have heirs.
Kaden has no choice. As much as he hates the idea of mail-
order brides, he’ll have to make a compromise and find one.

He wants a marriage of convenience. She wants true love.

When Kaden messages her and tells her exactly what he
needs, Jade wants to refuse him. But he’s so tall, hot and
handsome that it’s very hard to say “no” to him. Maybe, if she
takes this one risk, true love will be waiting for her at the
end of the road.

Emerald Dragon is a full, standalone novella,
with a happily-ever-after, and NO cliffhangers.
Intended for readers 18+

Oh my gods what a book! I truly love this series by Cara
Wylde. They are so well-written and such a joy to read. And
such a new perspective on dragon kind and the world were
humans know shifter exists. I am so ready or the next book.

This is Kaden and story. Kaden is desperate to get away
from his new stepmom. I can't say I don't blame him for being
mad at her. In the last book she truly did a bad thing to his
sister. But even though he has a right to be mad he has
taken it to an extreme. And when his dad says he has to get
a bride he is not happy. But he also takes it out on her and
he doesn't want to believe her when she has a problem.
Of course it evolves his best friend. Whom his own sister
dislikes. Someone who gets along with most people. But will
he wise up and listen before it is too late and he loses her 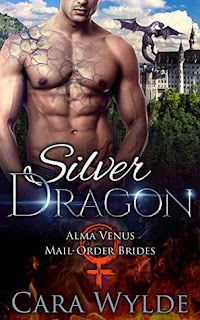 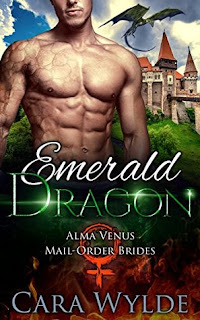 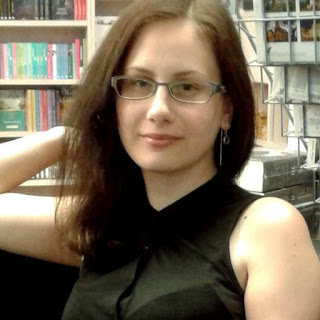 Cara loves to write about strong, feisty women and their hot
Alphas who will do anything to make them happy. Her books
are filled with romance and just a dash of mystery,
suspense, and that eerie atmosphere she fell in love with
reading too many gothic novels. With a master's degree in
Comparative Literature, she can't help but play with tropes
and themes from various genres, trying to come up with
fresh perspectives on the paranormal characters her readers
love so much. Vampires, shape-shifters, demons, witches...
Cara will always make sure they get their own twists.

When she's not writing, Cara is reading, planning her next
story, or daydreaming. Her idea of pure heaven is a day filled
with nothing but her laptop, a huge coffee pot, relaxing
music, and a new, exciting project.

She's currently running some awesome exclusive deals and
promotions, so sign up for her newsletter if you want to find
out more: SUBSCRIBE HERE.

Don't forget to drop by to say "hi" on Facebook.