When Darkness Follows
(Beyond the Grave, #4)
By Athena Daniels
Published November 9th 2015
By Sunset Coast Publishing 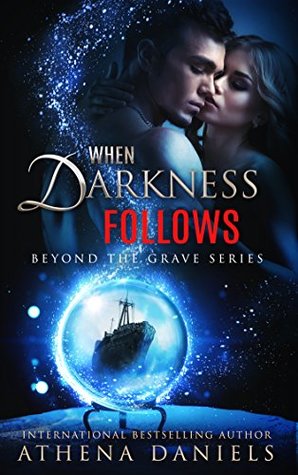 WHEN DARKNESS FOLLOWS
can be read as a standalone.

***
The only eyewitness to a murder can’t remember a thing.

Rachel Sommers and her two best friends don’t believe anything
will happen when they sneak onto a haunted shipwreck in the
middle of the night. Why would they? Ghosts don’t actually exist…
right?

But Rachel and her friends disturb something that night. Something
demonic. Something that lured Rachel to the ship. And now one of
her friends is dead, the other is missing, and Rachel’s memory of
the night is gone. There’s only one thing she knows for sure:
whatever killed her friend has followed her home.

Over a century ago, an act of bitter jealousy and revenge tainted a
crystal ball with an unstoppable evil. And when the deadly object
eerily turns up in her bedroom, Rachel’s nightmare really begins.


The only man who can help her, is the one she swore she’d never
see again.

Ex-Special Forces detective Daniel Smith takes the case the
moment Rachel’s name appears on his screen. Rachel is the only
woman he’s ever loved, but despite their explosive chemistry, she’s
determined to keep him at a distance.

With Rachel’s life on the line, the disturbing truth about her
ancestry and the possessed object she has inherited must be
uncovered. But is it already too late? Daniel will risk everything to
save the woman he loves, but how can he win this lethal game of
cat and mouse against a killer that is not flesh and blood?

Get your copy of this thrilling paranormal romance now!

Wow that was amazing! This is the 4th book in this
phenomenal series. They are all so well-written and thought
through. As well as just plan hard to put down.

This story is Rachel and Daniel's story. Rachel is the singer
in the band Trinity beat, or she was till she woke up to find
one band member dead and the other missing. And she has
no idea what happened. So she hires debunking reality to
help her find out what went down on that shipwrecked ship.
But she is in for a surprise when Daniel shows up. He is the
love of her life. And she has not seen or spoke to him in a
year. Only now there is a demon after her and endangering
her family.  When she finds a way to stop him he tries to kill
her but you will be auprised at who saves her. This book
brought me to tears of sadness and joy. So be prepared as
that ending was emotional. 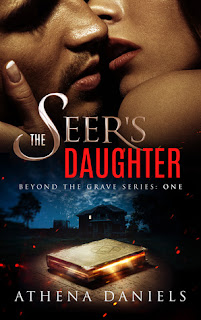 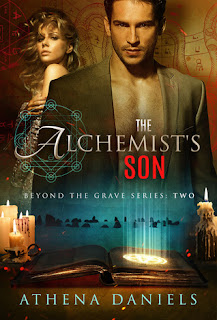 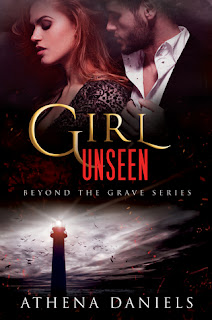 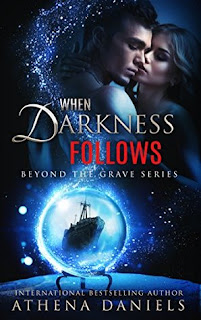 When Darkness Follows (Beyond the Grave series #4) 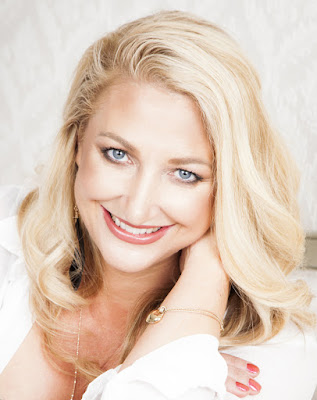