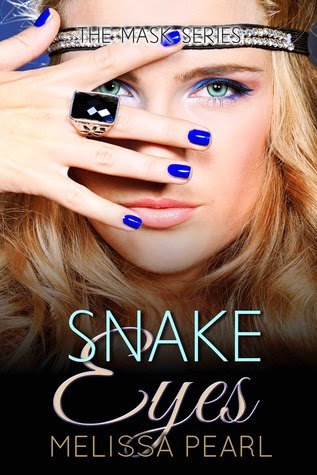 
Oh My Freakin God this book was good. The only problem I had was it ended in one hell of a cliffhanger. I am going to say a few things but try not to spoil this for you. I want to kill the fu..ing FBI agent Kaplin, she is one evil bitch. And i know she is most likely why a key figure in Katlina and Eric;s life is killed. I can't say who as it would tick you off and it happens near the end of the book. I am Lived at this evil you know what, but i have to wait till the next book to see what happens to her. I so hope she gets hers. Melissa Pearl is an amazing writer, she holds you hostage to the bitter end. I stared reading and just could not put this book down. I suggest you go get this book ASAP as the next book comes out in February, so at least we wont have to wait to long.
I hope you enjoy this book as Much as I did.

Caitlyn Davis expects her sophomore year at UCLA to be perfect...until she walks into her dorm room to find Special Agent Zoey Kaplan of the FBI waiting for her. In that instant, she knows her idyllic year with new best friends, Nicole and Dale, along with her super hot boyfriend, Eric, is about to fall apart.

Having been forced to work with the FBI months earlier, Caity accidentally gave away her special ability to read people's emotions and know whether they were telling the truth. Now, Kaplan wants Caity to go undercover again for a secret operation that will bring her close to the sadistic Diego Mendez, a man believed to be involved in human trafficking.

Eric Shore is not a man who trusts easily. Having been burned multiple times, it’s hard for him to open up completely, but his love for Caity makes him want to try. Yet, her sudden withdrawal worries him, particularly when she chooses to spend time with her new roommate, Quella Mendez, over him. When Caity’s behavior begins to match that of her wild roommate, Eric wonders if their relationship is as strong as he believed.

As Caity struggles to maintain her relationship and do her job, she finds herself pulled further into a dangerous world that could take away everything she holds dear. Will Eric learn the truth in time to save her? Or will the man with the eyes of a snake destroy their perfect romance?
~*~*~About The Author ~*~*~ 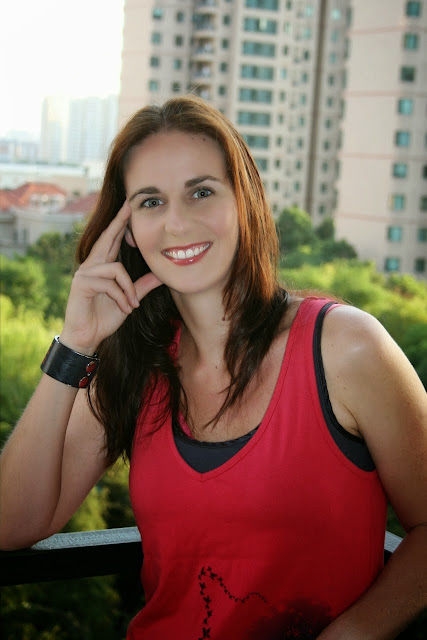 Melissa Pearl was born in Auckland, New Zealand, but has spent much of her life

abroad, living in countries such as Jordan, Cyprus and Pakistan... not to mention a

nine month road trip around North America with her husband. "Best. Year. Ever!!"

She now lives in China with her husband and two sons. She is a trained elementary

teacher, but writing is her passion. Since becoming a full time mother she has had

November 2011. Since then she has continued to produce a steady stream of

books. Recently she signed with Evatopia Press and her first Evatopia book was

released in February 2014 - True Colors, The Masks Series #1. She is very excited

name as well. She has six new titles releasing in 2014 and is excited about writing

each and every one of them.


"I am passionate about writing. It stirs a fire in my soul that I never knew I had.

another world where they can laugh, cry and fall in love."

Want to make sure you do not miss my post.
You can also follow me through my social media Links.