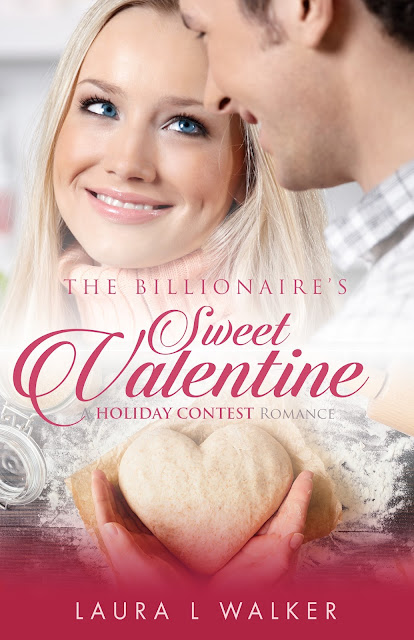 When a Valentine's Day contest for Arizona's Cutest Couple
throws two romance-challenged people together, can they
survive a fake engagement?

All Penny Merrill wants to do is run her own sweet shop in
beautiful and ritzy Scottsdale, Arizona, but her money-hungry
mother and conniving stepfather are making it nearly
impossible to keep her dream alive. When Penny finds an
advertisement for a Valentine's Day contest for Arizona's
Cutest Couple, with the winnings being enough to enable
her to hold on to her floundering business, she comes up
with an idea that just might work--if she can find the right
man for the job.

Commercial contractor Preston Ames is starting to develop
feelings for Penny, and even though he's been through
enough heartache to know that he should avoid her at all
costs, he can't keep himself from visiting her sweet shop
everyday. When Penny asks him to participate in a crazy
scheme so that she can overturn her stepfather's
underhanded business ploy, Preston is tempted to run the
other way. But one look into her soulful blue eyes and he's a
goner. Little does he know that just one picture will turn
Penny into his sweet Valentine.

But when the fact that Preston is a billionaire comes to light,
and Penny and Preston compete against another couple
whose heartache transcends all of their misconceptions
about love, will they do the right thing? And in the process,
discover a bond that is greater than they thought was even
possible?

Wow what a sweet and amazing story. It is extremely well-
written and thought out. As well as a sweet romance. Laura
has a way with words that bring you in and hold you there to
the very end. This is my first book by her, but it definitely will
not be my last.

This is Penny and Preston's story. It is a sweet clean
romance. But be forewarned when you find out about the
other couple in the contest you will need tissues. Penny has
been put through a lot. Her family is a mess, well with the
exception of her little sister Julianne. I love all the antics they
get up to while they film their video. Then when someone
tries to sabotage her sweet shop. They are real idiots. You'll
see what I mean.  I laughed at this persons antics. White
mice for goodness sakes, you will be totally shocked who is
behind all this. Well one you wont but the rest you will. You
will love this book it is a sweet romance.

Setting: a phone conversation between Penny and Preston, my main characters, on the morning of their scheduled interview on a televised news program

On Monday, February twelfth, Penny woke up before the sun appeared through her window. With all the excitement of a teenaged driver getting her first car, Penny hopped out of bed and showered, making her hair extra soft and smelly (in a good way) for her on-air TV interview. She couldn’t believe this day was finally here!
After showering, she stood in front of her closet with a towel wrapped around her body, debating what to wear. She had chosen and re-chosen her outfits dozens of times already. But this morning, she couldn’t afford to be wishy-washy. This was a Valentine’s Day-themed contest, so she should wear red. Right?
Or maybe pink. She owned the softest pink cashmere sweater. It would go perfectly with her pair of tight jeans and long, sleek boots. And Preston? What was he planning to wear? Eek! Why hadn’t she called him last night to ask?
She remedied that problem in no time flat. “Hiya, Penny,” he answered around a yawn on the second ring. “Everything all right? How are those new security cameras working out for you?”
This was the morning they’d been waiting for, and all he could ask her about was the security cameras? “Great, although they haven’t caught any suspicious activity since we put them up. But we caught another white mouse. Who knows how many more are scurrying around the place? And Ms. Forrester is supposed to come back any day.”
“I’ll help you do a thorough cleanup,” he offered.
“Thanks. Listen, I wanted—”
“Well, I’d better let you go so that I—”
“What are you wearing?” she blurted.
There was a pause. “Well, at the moment, since you just woke me up—”
“No, I mean today. What are you going to wear today?” Great. Now she couldn’t get the image of Preston, sitting up in bed with no shirt on, his face scruffy with new whiskers, and his hair standing out in all directions, out of her head. Oh, my!
“I’m going to wear a T-shirt and pair of jeans like I always do when I go to work.”
Work! “Preston,” she said, trying to keep the growing panic out of her voice, “don’t you realize what day this is?”
Another pause. “Monday?”
“The twelfth,” she added for emphasis.
Dead silence for at least thirty seconds. Then, “Something supposed to happen on Monday the twelfth?”
“PRESTON!”
A hearty laugh rang in her ears. Ooh! Was he going to get it—but not until after their appearance on TV. “You scared me out of my mind,” she confessed with an aggravated chuckle. “Please tell me you didn’t really forget.”
More laughter. “Nope. I just wanted to make sure you got your cardiac workout this morning since it is close to Valentine’s Day and all.”
Argh!
Just when she started thinking about the best way to get him back, he surprised her again by asking, “What are you wearing?”
Penny looked down at her towel-wrapped body. “Uh . . . “
“See? It’s not so fun to be bombarded with personal questions first thing in the morning.”
“I’ll try to remember that in the future,” she grumbled. “Now, can we get serious?”
“I am. I want to know what you’re wearing so that I can match my T-shirt to yours.”
“No. Not a T—”
His low rumble let her know she’d fallen prey to his teasing again.
“Preston Ames,” she said in a threatening tone.
“Uh-oh. In order for that to work, honey, you’ve got to know my middle name. It’s Preston Lee Ames.”
“I’m not your mother. I’m your—”
“Fiancée, I know. And that’s why we’re practicing our flirting, so we’ll be all warmed up for the show.”
Penny froze. So that’s what he was doing? What a sweet guy. Her legs turned to butter, and she practically sank onto the floor. “Thank you,” she whispered.
“You’re welcome, sweetheart. I’ll pick you up at four-fifteen.” They’d been told they would need to arrive at a quarter ‘til five so that they would have time to prepare. They’d also been told to wear minimal makeup; their crew would take care of that.
It wasn’t until after Penny hung up that she realized that she never found out what he’d be wearing that day. 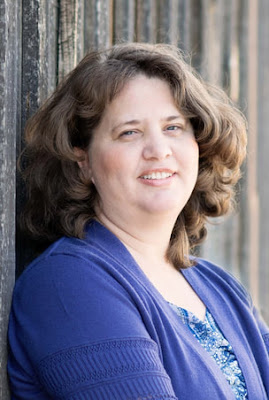 Laura L. Walker grew up in a large family in the beautiful Gila
Valley of southern Arizona. From the time Laura was young,
she spent hours drawing characters on paper and
fantasizing about their adventures. Life became more
serious, however, when Laura met her own hero and they
eventually became the parents of six children. In between
spurts of grocery shopping, sewing costumes or quilts,
transporting kids to practices, and making dinner, Laura still
enjoys putting her imagination to good use. She is the author
of two contemporary romances. Visit her
at http://www.lauralwalker.com for updates and more.