"The deliciously despicable Capo is back! Theresa hungers to be sullied by Antonio. Ruined.
Passion, power and corruption- Ruin is explosively hot, expertly crafted, and perfectly titled." - Kyleigh jane of Smut Book Club 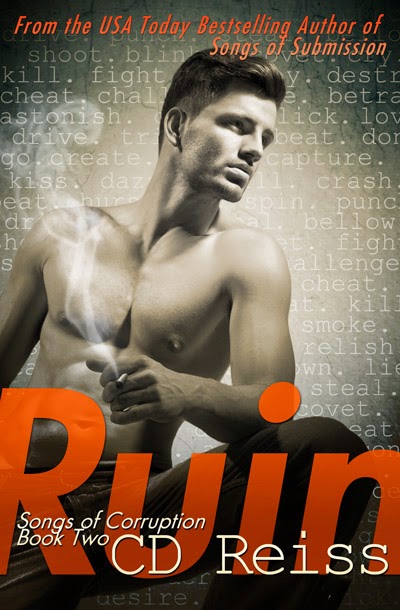 **Ya gotta read Spin before you read Ruin**

Description
Antonio is a killer.
He’s beautiful, educated, a prodigy of a thief and as violent a motherfucker as ever came of the boat from Napoli.

Theresa knows it, but that doesn’t stop her from getting emotionally and physically entangled with him,
and this is how, maybe, she got it in her head that she can protect him.

But it’s not her job to save him, and she’s just not getting that. Every time she tries to protect him, she
practically gets him killed, and the tighter he grips her, the more dangerous she becomes.

It’s almost as if…well, he’d never admit this….but it’s almost as if protecting her the way he does is he
one thing he should stop. As if the only way he’s ever going to find a moment’s peace is to just embrace
her as a partner, rather than a defenseless creature.
But he’d never do that. Not this violent motherfucker.

WARNING: This book contains delicious sex
scenes with a hot man dirty-talking in Italian;
women handling firearms and explosives; and scenes
of violence with a crystal Virgin Mary cigarette lighter. 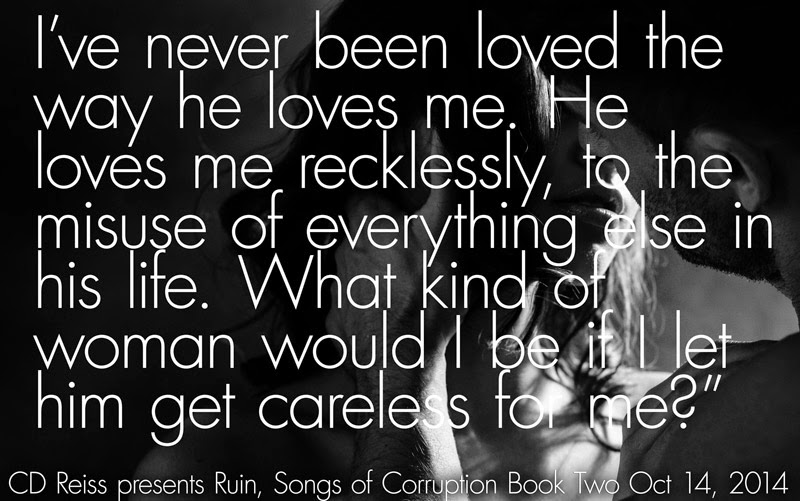 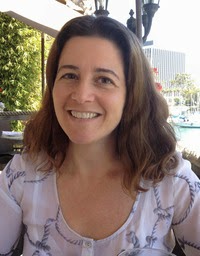 CD Reiss is a USA Today and Amazon bestseller. She still has to chop wood and carry water, which was
buried in the fine print. Her lawyer is working it out with God but in the meantime,
if you call and she doesn’t pick up, she’s at the well, hauling buckets.
Born in New York City, she moved to Hollywood, California to get her master’s degree in screen
writing from USC. In case you want to know, that went nowhere, but it did embed TV story structure in her
head well enough for her to take a big risk on a TV series structured erotic series called Songs of
Submission. It’s about a kinky billionaire hung up on his ex-wife, an ingenue singer with a wisecracking
mouth; art, music and sin in the city of Los Angeles.

Critics have dubbed the books “poetic,” “literary,” and “hauntingly atmospheric,” which is flattering enough
for her to put it in a bio, but embarrassing enough for her not to tell her husband, or he might think she’s
some sort of braggart who’s too good to give the toilets a once-over every couple of weeks or chop a cord
of wood.

If you meet her in person, you should call her Christine.