**** Review Of Claiming Their Royal Mate The Collection by Andie Devaux ****

Claiming Their Royal Mate The Collection by Andie Devaux 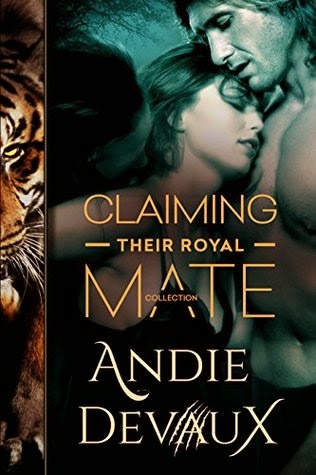 Amazon
The Claiming Their Royal Mate serial is available for FREE through Kindle Unlimited, but this collection is offered at a discount for readers not enrolled in that program.

Claiming Their Royal Mate: The Collection includes all four
parts of the sensual, m/f/m series. The story contains steamy
scenes with two tiger shifters, a smidgeon of violence, and lots of dirty talk.
Happy reading!