*** Review Of One Night with the Billionaire -Sagittarius By Sarah Ballance ****

Wow what an impressive book this was. This book was
Engaging, oh so funny, sweet, emotional and hot in more
ways than one. This is a story about two kids who grew
up beside each other, but never knew more about the other
than how the other looked. Her from her window, and him
from his car parked in the driveway. Their was just one thing
keeping them apart. Zoe's Dad. He paid Ryder to stay away.
It is Now ten years later things have not changed much.
They both have dreams about the past. And now if he tries
to be with her he may just lose everything. But is Zoe
loosing everything he has? Zoe wants Ryder in a bad way
always has, but now that they're stuck on the same island
together. Will she be able to figure out why one minute
Ryder wants her the next he doesn't. she is so confused
and dose not know why, till she finds out  something she
can't believe. Now what are they going to do. I need to stop
so I don't ruin the story. I loved this book and can not wait
till the next one is out.I hope you enjoy this book as much
as I did. If you do like this book, please consider leaving
a review. The Authors really like it when you do, they
value your opinions too.

Sign: Sagittarius
He’s the perfect kind of trouble…
Zoe Davenport is on her way to a perfect, idyllic, private
resort, where there’s no ex-fiancé and definitely no public
scandal involving said ex-fiancé. But one look at the
exceptionally sexy resort owner, and Zoe wonders if she’s
escaped scandal just long enough to land herself in even
hotter water…
Except that Ryder Nash isn’t exactly a stranger. He and Zoe
used to live next door to each other. She was the sweet little
temptation who couldn’t stand him-the bad boy with a loud
car and a new girl every weekend. What Zoe doesn’t know
is that all those years ago, her father paid Ryder off…to
keep him away from her.
And if Ryder gives into the fiery attraction that rages between
them-even for a moment-he’ll lose everything all over
again…

The Men of the Zodiac series

Each is written by different author. 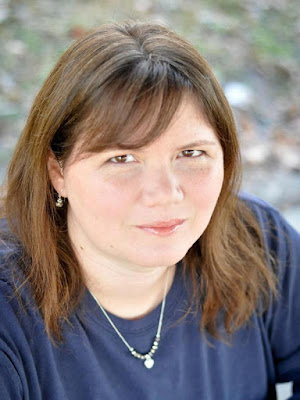 Sarah and her husband of what he calls “many long, long years” live on the mid-Atlantic coast with their six young children, all of whom are perfectly adorable when they’re asleep. She never dreamed of becoming an author, but as a homeschooling mom, she often jokes she writes fiction because if she wants anyone to listen to her, she has to make them up. (As it turns out, her characters aren't much better than the kids). To learn more about her work in contemporary, historical, and supernatural romance and romantic suspense, please stalk accordingly

Are you a Blogger? Or a Reviewer?
Do You Love to Read and Review Books?
Then click Link Below,
To see what books are coming out, and up for review.
Get to read some books before they are out.
All you have to do is read the book;
give an honest review on your blog and cross post to
Amazon, Goodreads, or any other site the Author
or Pr Dept would like you too post it to.
Check Out Their Information Below