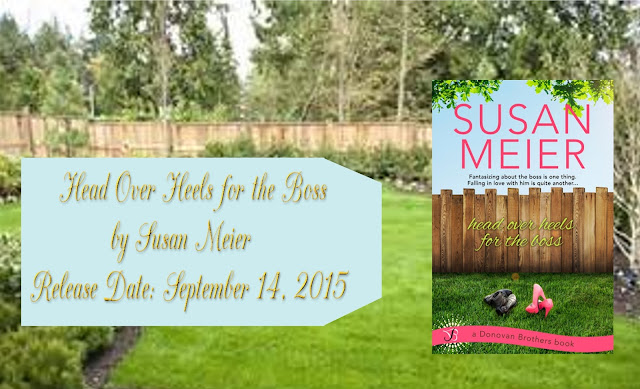 Fantasizing about the boss is one thing.
Falling in love with him is quite another…
Isabelle Cooper’s in big, big trouble. Her flower shop? Well, it
was just bought by the man she’s had a crush on forever.
Her new boss, Devon Donovan, is a tall glass of
melt-in-your-mouth hotness. The problem?
Devon is definitely not interested in love. No ifs, ands, or
buds about it.

Devon knows Isabelle has been crushing on him since
college, but buying her business shouldn’t be a problem.
Not only is she his employee, but as the eldest Donovan
brother, he’s too busy protecting the family fortune
for romance. But tomboy “Izzy” is all grown up now.
And he’s finding it impossible to resist her, no matter how
hard he tries…

Her Summer with the Marine

Her Summer with the Marine (The Donovan Brothers, #1)

Entangled Book Publishing Page
Head Over Heels for the Boss

Goodreads
Head Over Heels for the Boss (The Donovan Brothers, #3) 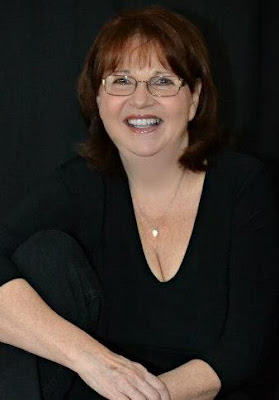 A one-time legal secretary and director of a charitable
foundation, Susan Meier found her own personal 'bliss'
when she became a full-time novelist. She's visited ski
lodges and candy factories for "research" and works in
her pajamas. But the real joy of her job is creating stories
about women for women. In her sixty published novels,
she's tackled issues like infertility, losing a child and
becoming widowed. Her favorite stories are those
that inspire laughter through tears. Susan lives in western
Pennsylvania with her own hero, their son and two
fabulous felines, Sophia Maria Lolita Conchita
Chiquita Banana and Fluffy.