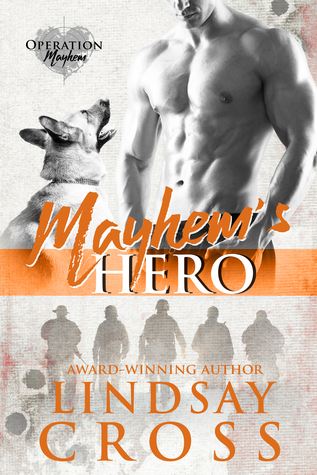 He needs someone to tell him he’s worth saving.

Diggs never mattered— not in his family. Project Mayhem left
him with nothing but questions about who he is and
confirmation that he can’t contribute to the team. He’s
tired of being overshadowed by his brothers; Diggs needs
something more… someone more.

She’s about to fall for the man who could
hurt her more than anyone.

When Audra receives a cryptic message from her military
brother that was filmed the day before he was killed in action,
she knows he was involved in a secret operation gone
wrong. His K-9 bomb sniffing dog, Trigger, has been left in
their abusive father’s care. Audra races against time to
save Trigger, and claim the one piece of her brother
she has left.

A chance meeting. Diggs helps Audra save Trigger…
but he’s the one who needs her the most.

Audra hates the military for taking her brother away, so loving
Diggs isn’t an option. She can’t stand to get hurt again,
yet Diggs is the only person who can help her piece together
what happened to her brother. As they investigate the
mystery, the chemistry between them grows even more
intense until it erupts into steamy situations and longing
professions of romance.

Diggs is Audra’s hero. But can she be his?

Wow that was one hell of a book! How did I miss this series?
This the third book in the series, but the first one I read. Now
I need to go back and read the others. As this is book is one
hell of a series. As I'm sure the others will be awesome to.
They are so superbly written and I plan to read more.

This book focuses on Diggs and Audra well and Trigger.
The book starts with her rushing to save trigger from her
abusive father. The poor dog has been through enough.
Losing her brother to an IED all she has left of him is his
bomb sniffing dog. That is where she meets Diggs. Oh I love
this tough but caring guy. But he does have a few issues.
Well the whole team dose thanks to the evil Reinnier. And
man the things he did to Diggs Quantum and one other that
Diggs watched die before his eyes. That is rough. But not all
is in the clear when Audra is attacked it is up to him and his
team to save her. And stay alive. Now you will have to read
this to find out what happens. And I am sure you will enjoy it. 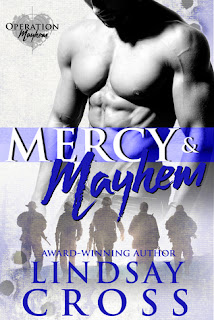 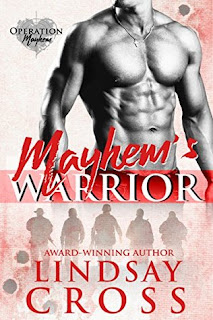 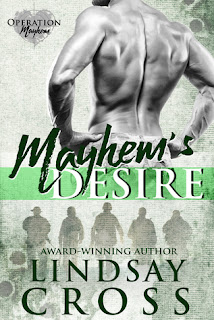 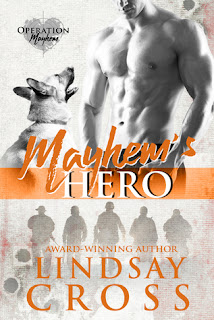 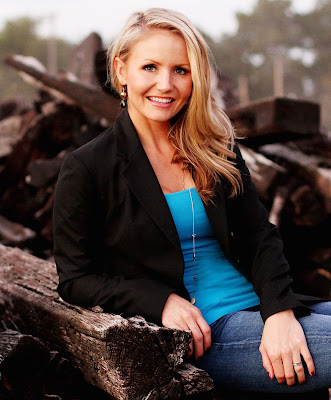 Lindsay Cross is the award-winning author of the Men of


Mercy series. She is the fun loving mom of two beautiful


daughters and one precocious Great Dane. Lindsay is


happily married to the man of her dreams - a soldier and


veteran. During one of her husband's deployments from

An avid reader since childhood, reading and writing is in her


blood. After years of reading, she discovered her true


drop-dead gorgeous and determined to win the heart of the


woman of their dreams.