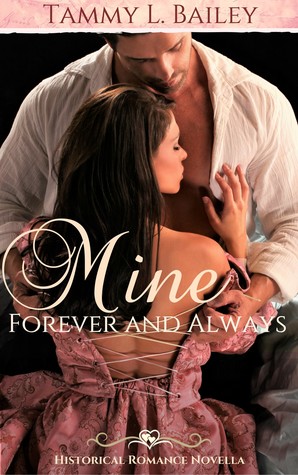 Mine, Forever and Always

It seemed harmless enough until he leaned in and whispered
to her his true feelings, amorous words she has been unable
to forget: Now you’re mine, forever and always.

Unfortunately, growing up pulls them apart and transforms
Henry into a pompous scoundrel. When they meet again at
a house party hosted by Henry’s sister, will Henry remember
his once faithful promise to Lily?

That was such a great Little read. Well written, well thought-
out and a joy to read. As this is such a short little book it'll be
a short little review.

This is Lily and Henry story. I love this book. I have to say it
was sweet the see them married as little kids. And still in love
with each other, even after all these years. Even if they
won't  admit it  two each other. Leave it to her best friend and
his sister to figure out what they need. Let's just hope they
see what she sees before it's too late.

“Please, Lily! You are much more romantic than I am, and so you must write the letter to Mr. Waverley for me! With this, he is sure to know my affections are real, and he will ask my parents for my hand in marriage.”
Lily blinked at Jane, both surprised to hear about this Mr. Waverley and amused that Jane Dalton, the most prolific matchmaker of their generation, thought Lily more romantic.

“Otherwise, I will be forced to marry a man who is fifteen years my senior with more hair popping out of his ears and nose than is growing on the top of his round head.”

Lily sighed, the conversation reminding her of her own unfortunate circumstances regarding marrying well at one and twenty. Although the man her parents had in mind for her was handsome, there was something about his character that set her on edge.

“I’m truly sorry, Jane, but I don’t write love letters. I write plays. Besides, how can I pour my heart out to a complete stranger? It wouldn’t be genuine.”

Her friend scoffed and turned toward the casement window, her bottom lip protruding over her upper lip. Jane’s lithe profile was that of a woman who surely had no want of attention. Striking with a fair complexion, cornflower-blue eyes, and soft light brown curls, she was the envy of every woman between sixteen and sixty. Her appearance contrasted with Lily’s forest green eyes, olive skin, and dark mahogany hair. Lily had often wondered whether she would be more memorable if she possessed softer features like Jane’s.

“When have I ever asked a favor of you?” Jane sniffed, a handkerchief lifted to her pert nose for dramatic effect.
Lily narrowed her gaze, recalling the day when Jane, bored out of her romantic mind, decided Henry needed to take a wife. Lily, two years younger and infatuated with the heir to Hadley, had agreed to play his young bride in the spirited ceremony.

What she’d thought was a sweet diversion changed her life, and not for the better. Unrehearsed, Henry said his impromptu vows before shifting a peck on the cheek to a firm kiss on her lips. What he uttered next changed her entire world. Now you’re mine, forever and always.

“Pompous,” Lily mumbled. Not only had her “husband” turned out to be an infamous libertine in the seven years since their wedding, but he’d also forgotten his words and, along with it, her name, introducing her to one of his lady friends as “Miss Prescott” last summer. Oh, Lily supposed, children had succumbed to sillier pastimes through the centuries. She only wished she’d known to guard her heart before engaging in one of them.

“Please, Lily.” Jane rotated around to blink her wispy lashes. “You are my dearest and closest friend. Mr. Waverley must know how I feel. I cannot risk him falling in love with someone else.”

Jane’s words and her ardent pleading struck a deep chord in Lily’s soul. What right did Lily have to deny her friend a chance at happiness? “Very well, but how am I supposed to slip a letter to Mr. Waverley without him believing I was the person who wrote it?” 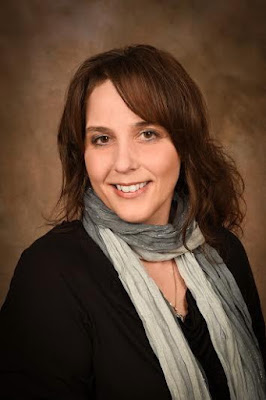 I have been writing for thirteen years. My debut novel, LORD
BACHELOR, earned second place in The Heart of
Excellence, Reader’s Choice Award in 2016. This novel was
also featured in InD'tale Magazine for receiving a Crowned
Heart Review (4.5 stars). Although I enjoy the contemporary
romance genre, my first love is historical romance. There's
just something about a man in a pair of Hessian boots.

When I'm not writing, I'm spending time with my husband and
two boys, ages 13 and 11. Without their sacrifice and
understanding, I would have never been able to pursue my
passion of writing or my accomplishment of becoming
a published author.

No matter what I write and read, there ALWAYS has to be
a happy ending.