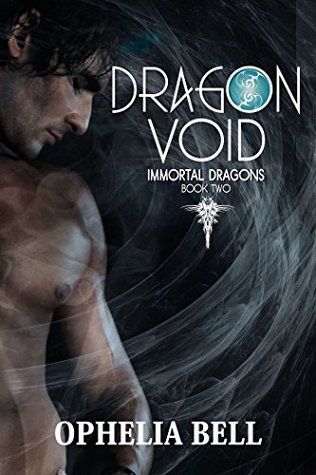 A woman born on the wind...

A Turul princess, Evie North has waited long enough for her
“one true love” — a man she’s stopped believing truly exists.
She throws caution—literally—to the wind and decides to
take matters into her own hands. She chooses a handsome
stranger from a crowd and falls into bed with him, hoping love
might find her in his arms.

A human man drawn to powers beyond his comprehension...

The only thing Marcus Calais knows is that he’s likely to die
in a pointless war but also honor-bound to run into battle. At
least until he meets an angel named Evie in Central Park
who incites stronger desires than he’s ever had and whose
songs drive him to levels of passion he never imagined. After
just one night with the lovely, waifish beauty, he discovers he
has so much more to live for. Will he sacrifice his principles
to stay alive for her?

The immortal dragon who owns both their souls...

“Ked” is what his five siblings call him, but others simply
refer to the huge black dragon as The Void. He is darkness
personified, but nothing is darker than the enemy he is up
against. It will take true darkness to fight the evil permeating
his world, and to save the female Fate intended for him. But
Fate has a funny way of switching things up when he least
expects. What will he find when he ventures forth into the
enemy’s lair in search of love?

What other surprises does Fate have in store?

Publisher's Note:Dragon Void is a full-length novel with a
complete resolution between the characters involved. They
get their Happily Ever After, but sometimes Fate doesn't
make it easy

Oh My God. What a book. This book is even better than the first. And
like other books by Ophelia, it is extremely well written, completely
thought out and amazing to read. Now if you have not read book one
I highly suggest you read it first. As you need the background from
book one to follow this book.

This book is Ked's, Marcus' and Evie's story. Well they are the
primary characters. But you also get Nikhil and Belah as well as
their story continues with this one.  There is some violence with this
book and some really hot sex, but know there is some m/m action in
this book to. This story starts with Nikhil losing his mind and
attacking and almost killing Marcus and Evie. Thanks to Ked
showing up and saving them with his brothers and Evie’s brothers’
help, is the only thing that saves them. And a good thing to, as she
has a secret to share with Ked and Marcus. Then with Nikhil finally
free of the monster that has controlled him for so long makes good
on his promise to Belah and takes her and her mates to fix things at
least the things he can. But there is a lot Ked and Marcus have to
get through to have their forever with Evie. I cannot wait to see how
that works out. And then there is the introduction of the next
character's the crazy Satyr and Ked’s other sister. If you saw all he
does you'd be crazy as this satyr too. Man I am so ready for the next book.

“You terrify me,” he said softly, and she knew what he said was true. Even if the Wind hadn’t been there to verify his honesty, she’d have known it by the wetness in his eyes. “You are the most beautiful woman I’ve ever seen and the first one I’ve ever wanted so much I’d behave like a rutting stag the first time we meet. I don’t do this, Evie. What I want to do with you is entirely out of character for me. I know you have no reason to believe that because we just met, but it’s the truth.”
She laughed shakily, taken aback by his bare honesty. “Surely there have been others… Look at you.” She waved her hand down his sturdy frame, still crouched before her.
He shook his head. “I’ve tried off and on, but somehow the women I’m most drawn to are wildly inaccessible. You’re the first who’d give me the time of day. That in itself makes you infinitely more amazing to me. But there’s something deeper.”
He reached up a hand and placed his palm against the center of her chest. The simple touch stole her breath. “I can’t put my finger on it, but I really want to know everything there is to know about you.”
Evie found it hard to fill her lungs enough to speak. Finally, in a near whisper, she said, “What if I never trust you enough to share my secrets?”
“Then I’ll have to prove to you that you can.”
She sighed, relieved that he told her the truth, but also more anxious than ever that she hadn’t heard any hint of a lie. If she had, she’d have had an excuse to avoid following through with her crazy plan.
She urged him to stand and laced her fingers through his again. Taking a deep breath, she found that steely will of hers along with the wicked streak that had urged her to seek him out to begin with.
“Rutting stag, huh? I think I like the sound of that.” She grinned up at him. Abruptly he wrapped her in his arms and laid a hot, hungry kiss against her lips. In spite of the cold brick wall he had her pressed into, all she could feel was his heat flooding through her thin dress. She clung to him, melting against him, both of them oblivious to the traffic on the sidewalk passing by like nothing out of the ordinary was occurring. Like she wasn’t on the verge of letting this man fuck her silly against the wall right out in public on a cool spring evening.
The honk of a cab caused Marcus to jump and draw away from her. She held on, reluctant to lose the warmth of his body and the sweet pull of his mouth. A small, petulant sound came out of her and he groaned in response. He placed his hands against the wall on either side of her head and peered down into her eyes.
“You’ll be the death of me, Evie North. But I think you’ll be worth it.” 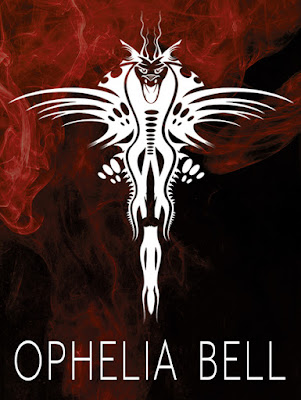 “The heavier the burden, the closer our lives come to the
earth, the more real and truthful they become. Conversely,
the absolute absence of burden causes man to be lighter
than air, to soar into heights, take leave of the earth and his
earthly being, and become only half real, his movements as
free as they are insignificant. What then shall we choose?
Weight or lightness?” – The Unbearable Lightness of Being