(A Song of the Shadowdance 1) 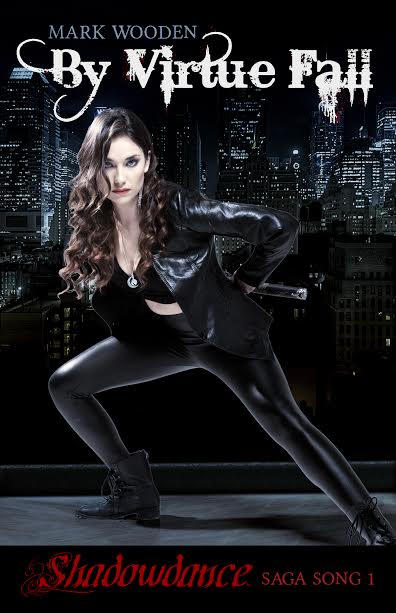 "Spare her life," Adriana begged, "and I shall do all you ask!"

With the shards, she can complete a deal with a sorcerer
who will give her the information allowing her revenge
against the vampire Cytheria who murdered her family
and corrupted her baby sister.

But is revenge worth giving the sorcerer the power to
enslave the world? And can she avoid becoming
embroiled in the secret war between supernatural
creatures - the Shadowdance?

The "Shadowdance" saga fills the void for fans of
"Underworld" or "Buffy the Vampire Slayer."
Be the first to tell your friends about it!

Okay first. This is not a Romance story. There is a lot of
violence in this book. But it is well thought-out is he wonderful
story-lines. It is told multiple points of view.


a vampire during the age of Mozart. She literally knew him; she
was a sweet young woman. That is till she is taken by The
Daughters of Lilith, and trained to be an assassin. But she is so
tired of the leader lying to her. And she turns against them and
sets on a quest to get her revenge.  Unfortunately for her there are
so many people after her. Even the good guys were after her
(The knights of Vyntari). But she needs to quit throwing a tantrum
and talk to the knights. They may be help to her. If she can see
beyond her rage.

Music that inspires the “Shadowdance” saga -

- Intro to the “Shadowdance” saga video

Strathan snapped his fingers, sparking a magical flame. Adriana’s expression of irritation faded to something more docile. “Better,” he said.
Heading back toward the locker, Strathan shook out his flaming thumb. Despite the apparent taunt, Adriana maintained a predatory watch over the sorcerer.
“Golem’s aren’t big on independent thought,” Strathan began. “The Order could take him out and steal the package. If they did, they’d feel all-powerful and try to tame me.”
Strathan turned to Adriana, using his index finger to accentuate his next words. “That’s just not gonna feckin’ happen.”
“What is so special about this package?”
“See for yourself.”
The sorcerer opened the locker, grabbed something from within and threw it to Adriana. She caught a chain. Swinging from it was a round, bronze amulet with a blood red jewel embedded in its center. Adriana stared at the necklace, then at Strathan. “You want me to go to Berlin to retrieve jewelry?”
Strathan shook his head. “You give them eyes, yet they cannot see,” he said to no one in particular. He then walked toward Adriana.
“What you hold in your hand is one of the fabled Vyntari shards. Rare as rocking-horse shit and what this whole Shadowdance is about. Initiates make Uninitiated minions start wars between nations over the sodding things.”
The information failed to impress Adriana. The sorcerer threw up his hands.
“Oh, what the hell do you care, huh? Go to Berlin, get the other fecking shard and bring it back to me. There’s a third one down in Africa somewhere. Get that too. Then, if you’re nice, I’ll still tell you what happened to yer sister. That fecking simple.”
The two now stood in front of one another. Adriana did not trust Strathan, but she could not let the opportunity to learn anything about her sister, who she had not seen for over a decade, slip away.
“The Knights of Vyntari will attempt to stop me,” Adriana pointed out.
“What? You gettin’ all rabbit on me, Dupré?” Strathan teased. He raised a finger to stroke Adriana’s jaw line. It never reached its mark.
Adriana caught the finger in her hand and twisted it just enough to elicit a gnashing of teeth from Strathan. She threw his hand away.
The sorcerer frowned as he looked down at the shorter woman. “My acolytes are a day or two away from pinpointing the exact location of the Berlin shard. I’m really in no rush, so you’ll have plenty of time to prepare for both your theft of the shard and the Knights’ retaliation.”
Putting on his best game face, Strathan made a final pitch. “Seriously, Dupré. Two in and out jobs. You get to kill some people. And, as a bonus, you find out about little sis. Think of it as an early Christmas present from me” he gestured between them “to you.”
Adriana heard Strathan speak, but her mind focused on the many ways she would bring pain to the man should he not fulfill his end of the deal. 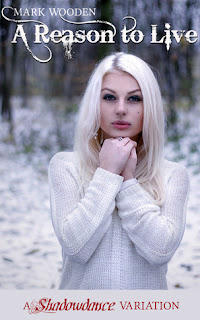 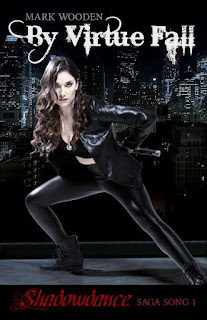 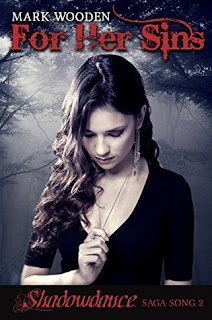 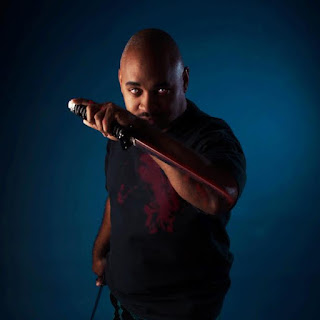 The son of a sharecropper (not really), Mark Wooden has actively
pursued the dream of being a Creative since his epic kindergarten
work, "Ne-Ne the Vampire Panda.”

He draws inspiration from "Buffy the Vampire Slayer" and "Blade,"
decades of "Batman" and "X-Men" comic books and conspiracy
epics "24" and "The X-Files." He'd be remiss if he didn't mention
a certain Frank Miller-created assassin named Elektra.

Mark mines his two decades of experiences as a video director in live
entertainment (concerts and corporate events) to instill humanity into
the vampires, demons, werewolves, sorcerers and other creatures of
his “Shadowdance” urban fantasy saga novels.