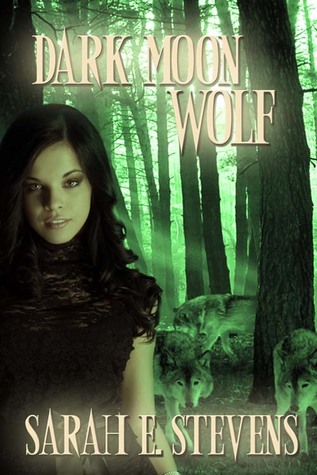 Julie Hall thinks the hardest part of single motherhood is
sleep deprivation and the constant search for dropped
pacifiers, until her four-month old baby transforms into a wolf pup.

How could Carson be a Werewolf? He hadn’t been bitten.
Not by a Werewolf, not by a dog, heck, not by a mosquito.
Julie sets out to find Carson's father and demand some
answers. Instead, she discovers a Werewolf pack haunted by
a grisly string of murders--and soon realizes she and her
baby are the next targets.

Well that was definitely one hell of a book. However it is not
a romance. It is more of a paranormal mystery. It is so well
written but it's a little sad too so be prepared. But I certainly
plan to read more books in the series. I hope to see where
Julian Carson and up next. This was one hell of a mystery,
with lots of twist and turns.

This story is about Julie and her little boy Carson. Who won
night on the full moon turns into a little wolf pup. So cute and
furry in his crib, Julie's not sure what to do when she finds
a wolf pup in the crib. When she comes to terms that her
son is a werewolf, she decides it's time to find the father.
After several attempts to get in touch with Mac and failing,
she travels to his hometown seeking his parents to help her
to get in touch with him. That's where things take a turn for
the worse. Have the tissues ready because when you find
out what's going on in this town you are going to be
thoroughly upset. That is when decided that to find out what
happened to Mac. But she soon finds she and her little one
are in trouble. You won't believe who's behind it all. It was
a surprise and when you she finds out that her best friend
has a secret Julie truly has her world turning upside down.

I peered down over the crib rail and, at that moment, the clouds moved so moonlight clearly illuminated the creature in my son’s crib. A wolf, unmistakably a wolf pup, with grayish-silver fur standing fuzzily askew, black nose questing in the air, tawny eyes framed by perfect black eyeliner. When the pup saw me, he gave a happy little wriggle and whined more loudly.


The wolf pup’s gaze met mine and, in an instantaneous rush, I knew him and I understood somehow this was Carson. This wolf was Carson. Here was my Carson, here was a wolf pup, here was my baby, and he started to whine more desperately and paw at the crib slats. Everything else shut off—the questioning, the panic—in the face of my baby’s need.


So I picked him up. He snuggled against me happily, nuzzling me with his wet nose, breathing in my scent, licking absently at the sleeve of my nightgown. My mind froze in panic, but my body functioned on autopilot. I walked around the room, bouncing him gently, singing a bit of a lullaby, just as usual. And, just as usual, his eyes grew heavier and his body soon felt lax with sleep. When he was well and truly out, I carefully laid him back in his crib and tiptoed from the room.


As I closed the door behind me, careful not to make the slightest noise, the pent-up adrenaline left my body and I started to shake, my muscles weak and watery, my head whirling. I slid down the wall, hugged my knees to my chest, and focused on not hyperventilating. I pressed my forehead to my hands, feeling my palms break out in a cold sweat. After a while, I stood up gingerly, opened the door to Carson’s room, and looked in.


No, I wasn’t insane. A wolf lay in Carson’s crib. Carson was a wolf. Carson was a… I glanced up at the moon, framed perfectly in the window, and silently closed the door again.


I walked down the hall to the bathroom, poured myself a glass of water, and stared at my reflection in the mirror. Yes, still me. I picked up my glasses from the bathroom counter and the room snapped into clearer focus. My eyes stared back at me from within the green frames, looking about as shocked as I felt.


“Maybe…” I thought and went back to Carson’s room with my glasses on. A sneak peek, however, showed me nothing had changed. I could just see the sleeping pup a bit more clearly from the door.


“Okay, Julie,” I said aloud in the hallway. “You haven’t gone crazy. Unless talking to yourself makes you crazy. But everything else seems pretty normal. You’re not sick, no fever. You’re not dreaming. So Carson is…Carson is…” I raised my hand to rub my forehead, closed my eyes for a moment, lowered my hand, and said it. “Carson is a Werewolf.”


The words echoed in my head and I suddenly burst out laughing, the kind of laughter that has a sharp, maniacal edge—the kind of laughter that, if I didn’t keep it in check, might yet convince me I was crazy. I couldn’t control myself, though, and after several minutes I sat on the floor, gasping for breath, tears streaming down my face, unsure whether I still laughed or had moved on to crying.


A Werewolf. Carson. Me, Julie Hall, librarian, single mother of a Werewolf. Was it possible? An hour ago, I would have said no. As much as I loved the idea of the fantastical, as much as I devoured books about magic, Dragons, Were-creatures, Vampires, the Fae, as much as I spent time wishing such things were true and I’d glimpse a Brownie or a Phouka creeping about the town, I now realized deep down, really deep down, I thought all such things were the stuff of make-believe. But it seemed I was wrong. At least about Werewolves, because clearly a wolf slept in the crib. The moment after Carson was born, my entire being flushed with pride and exhaustion, our bodies still connected by his umbilical cord, my doctor placed Carson into my arms. My baby looked right up at me with those huge blue-brown newborn eyes, alert, wide awake though silent, and in that instant, I felt a surge of insight and love, as if I’d known him all my life and had been waiting for this moment of revelation. Just now, when his eyes met mine in the crib, I felt the same thing. I had no doubt this was my Carson. Every atom of my being told me so.


Occam’s razor: Carson was a Werewolf.


My God. Was this real? I checked on Carson one more time. No change, just a small gray wolf curled in his crib.


I went into the kitchen and put on the teapot. A few minutes later, I filled my favorite blue mug with a generous dollop of honey, a chamomile teabag, and hot water. My hands icy despite the warm June night, I warmed them against the mug as I sat and thought.


The fact remained: I knew nothing about werewolves. Obviously, that old bit about the full moon held true. I hoped that meant I wouldn’t have to worry about Carson turning into a wolf at any old time, just once a month or so. But what else did I need to know? Would silver hurt him? Would he have uncontrollable rages and run through the woods like a wild animal? Would he be violent? Would he have any extraordinary abilities? Vulnerabilities? Were there medical ramifications? I thought back to his doctor’s appointments so far, all of which had gone quite smoothly. Now that his Were-self had manifested, could he continue to get vaccinations? I stopped the cascade of questions running through my mind, aware I degenerated into the trivial as a way to avoid the central question.


In all the tales I’d read, people became Werewolves after being bitten by another Werewolf. Carson was only four months old and I could vouch for the fact he had never been bitten. Not by a Werewolf, not by a wolf, not by a dog, heck, not even by a mosquito. I had absolutely no idea how this had happened.


But I knew someone who must. 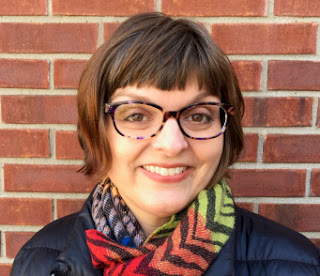 Hi folks! Thanks for visiting. My first book Dark Moon
Wolf will be released 2/22/2017. I’m hard at work on editing
book two, Waxing Moon, and writing book three, Rising
Wolf. There are several books waiting in line behind these three!

I live and work in Evansville, IN with my husband Gary, our
three kids, three cats, some fish and some hermit crabs. In
addition to being a writer and a voracious reader of all things
fantasy, science fiction, and paranormal, I’m a board game
geek, an artist, and a dabbler in making chain maille jewelry.
My whole family is unabashedly geeky: Gary designs board
games, we have family D&D night on Thursdays, and we just
spent 24 hours gaming for Extra Life.
I love to write about strong women and their friendships–
combined with magic and love, of course.